Is Bitcoin greener than gold?

Bitcoin’s energy consumption is one of the most hotly debated topics surrounding cryptocurrency.

It’s a debate that made headline news in May this year, when Tesla CEO Elon Musk tweeted a U-turn on accepting bitcoin as payment for its cars. Since then, there have been many hints that they would reverse that decision, with Musk announcing in June that bitcoin “is looking more environmentally friendly” and that Tesla could soon start accepting it again. This has yet to happen, but the possibility remains.

So is Bitcoin mining really as harmful to the environment as its detractors are suggesting, or is it the ‘net positive, big boost for renewables’ that its biggest proponents say it is?

Bitcoin is created through a process known as mining.

Bitcoin mining is essentially a race to solve a mathematical problem. This isn’t a race that relies on ingenuity. You simply need a very big computer capable of trying different solutions until it gets the right one.

This requires specialist hardware and a huge amount of computational power. This means a lot of energy – computers don’t run on fresh air…

The University of Cambridge Bitcoin Electricity Consumption Index estimates that Bitcoin’s consumption is roughly equal to that of Finland. This sounds like an awful lot, but this doesn’t necessarily tell the full story.

One argument often pushed by Bitcoin’s proponents is that it incentivises renewable energy sources. There are many examples of Bitcoin miners seeking renewable energy sources. In Iceland, where geothermal and hydroelectric power is plentiful, miners are making use of cheap and sustainable energy. In El Salvador, where Bitcoin was recently declared legal tender, miners are using volcanic, or geothermal energy.

Currently, 76% of miners use renewables as part of their energy mix. A recent report by payments giant Square showed that renewable sources typically produce excess supply when demand is low. Conversely, they struggle to provide enough when demand is high. According to the report, this issue could be mitigated by building an ecosystem “where solar/wind, batteries, and Bitcoin mining co-exist to form a green grid that runs almost exclusively on renewable energy”.

Bitcoin miners would effectively be using power that would have otherwise gone to waste. The report proposes that they would make ideal buyers of last resort for renewables as they “offer highly flexible and easily interruptible load, provide payout in a globally liquid cryptocurrency, and are completely location agnostic, requiring only an internet connection”.

A question of waste

When arguing whether ‘bitcoin is a waste of energy’, the real source of contention is in the word ‘waste’. As Christopher Bendiksen of CoinShares argues, whether you believe bitcoin to be a ‘waste’ of energy really depends on whether you “recognise the need for a politically independent monetary system as a voluntary and freely available alternative to permissioned and often weaponised government monies.”

Bitcoin is touted, variously, by its proponents, as a future replacement for gold and the entire banking system. Compared to either of these, leaving aside the source of the energy and impact of renewables, , Bitcoin’s energy usage pales in comparison. Recent research by Yassine Elmandjra, an analyst at ARKInvest, suggests that traditional banking consumes 2.34 billion gigajoules (GJ) of energy per year, and gold mining 500 million GJ. Bitcoin, on the other hand, consumes 184 million GJ.

Are you going to stop accepting US Dollars next which use even more energy? pic.twitter.com/NwlrMfjak9

There’s no disputing Bitcoin uses energy and is responsible for its share of carbon emissions. Equally, you could also argue that if it replaces many of the systems it is trying to replace, we would actually see a net reduction in energy usage.

If you think Bitcoin offers nothing, realistically you’re going to consider any amount of energy used is going to be a waste. If you do, however, accept that it has the potential to disrupt and improve the financial system, then there are certainly arguments in its favour – particularly in its transparency. You can see all the transactions on the Bitcoin network and get far more accurate estimates of both how much energy is used and where that energy comes from than in the banking sector.

Such information is invaluable, and it means Bitcoin stands a far greater chance of becoming more energy efficient over time. We are already seeing this in action, with Elon Musk’s call for the industry to become more energy efficient leading to the creation of a body specifically tasked with improving this issue. Today, there are innovative projects springing up across the world trying to solve the problem he pointed out. The big question now is whether they will succeed. Luno and YouGov recently have carried out a survey of over 6,000 crypto investors about their financial habits. November 29, 2021 · 3 minute read 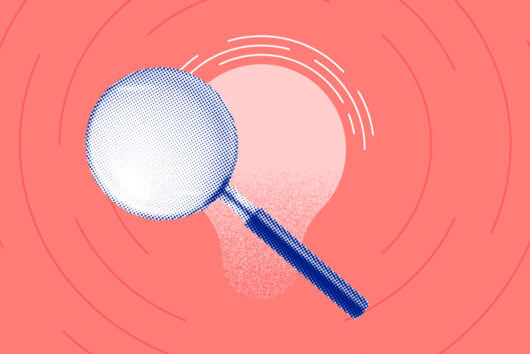