From the birth of Bitcoin, to a few forks in the road, and the Musk effect, we look at 10 moments in history that have defined the cryptocurrency space.

In 2008, Satoshi Nakamoto released the Bitcoin white paper, “Bitcoin: A peer-to-peer Electronic Cash System”, setting in motion the cryptocurrency revolution. The first paragraph of the paper goes as follows: “Commerce on the Internet has come to rely almost exclusively on financial institutions serving as trusted third parties to process electronic payments. While the system works well enough for most transactions, it still suffers from the inherent weaknesses of the trust-based model.”

On 3 January 2009, Nakamoto released the Genesis Block, with the first 50 BTC reward subsidy, which, by the way, can never be spent. Nakamoto also left a message on the block: “The Times 03/Jan/2009 Chancellor on brink of second bailout for banks”, possibly as proof that the block was created on or after the date of the headline, and as a comment on the instability of the financial system at the time.

The most expensive pizza, ever

“I’ll pay 10,000 bitcoins for a couple of pizzas… like maybe two large ones so I have some left over for the next day.” Florida programmer Laszlo Hanyecz got a taker on the above offer he posted on a forum and ended up paying $30 in BTC for pizzas from Papa John’s. That pizza today would be worth close to $484,000,000 at time of writing.

9 February 2011, the day that BTC reached parity with the US dollar. The then relatively small and tight-knit Bitcoin community held a “Parity Party” on forums to celebrate the occasion. Just two years after Nakamoto released his wild idea to roam free, BTC was on par with the largest reserve currency in the world. Not bad for magical internet money.

In 2013, the Mt. Gox exchange, based in Japan, was handling 70% of all Bitcoin transactions worldwide before its collapse due to mismanagement of funds and lack of security, which led to the disappearance of about 850 000 bitcoins. The collapse decimated consumer confidence in the currency and resulted in 16-month lows in Bitcoin’s value. Needless to say, consumer confidence returned…

A hard fork occurs when changes are made to the blockchain, usually to address an issue with scalability or transaction fees. Where there’s disagreement between the community inside the existing network it can lead to the forming of another blockchain. The first hard fork happened in 2014, which led to the formation of Bitcoin XT. Other forks birthed Bitcoin Classic, Bitcoin Gold and Bitcoin Cash. The latter being the most successful coin that resulted from a split.

The birth of Ethereum

The decentralised software platform launched in 2015 by Vitalik Buterin and Joseph Lubin enabled smart contracts and distributed applications to be built and run on the blockchain, with Ether as the coin transacted on the blockchain. After its launch, Ethereum quickly soared in value to become the second-largest cryptocurrency today.

The typo that sparked a meme that became a symbol of the revolution. HODL is slang for holding onto crypto holdings even in the darkest of trading days. Never sell. Ever. All thanks to a trader posting drunkenly on the Bitcointalk forum in 2013 that he was done trading and was holding onto his Bitcoin for the foreseeable future, misspelling HOLD three times in the process.

The institutions want in

While it’s not one single defined event, 2020 was the start of institutional investors putting their clients’ money where the coins are. Banks like Morgan Stanley and large companies, including Chinese tech firm Meitu, and Jack Dorsey’s payments startup Square, piled into Bitcoin on the back of the currency solidifying its status as an asset class, and recognition of BTC and other cryptocurrencies by regulators. Even long-time denouncers of crypto like JP Morgan Chase launched bitcoin trading products.

Elon Musk has some Bitcoin but he doesn’t even know where they’re stashed. Elon Musk confirms Bitcoin is the future of money. Elon Musk invests in Bitcoin. Tesla accepts Bitcoin as payment. Tesla does not accept Bitcoin as payment. Elon Musk wants a greener Bitcoin. Every time Musk has a public thought related to Bitcoin, and they are many and varied, the markets react. Some say he’s playing puppeteer for his benefit, others say it’s an exercise in marketing for whatever Musk has planned next, or that he’s simply bored.

The crypto market’s growing and evolving at breakneck speed, with pivotal moments happening while we’re having conversations around the virtual watercooler– likely about the pivotal moments of yesterday. It’s anyone’s guess what the future holds as various crazy things happen in the market, but in the long term there seems to be a sure pattern emerging in the crypto space: stubborn upward trajectory. 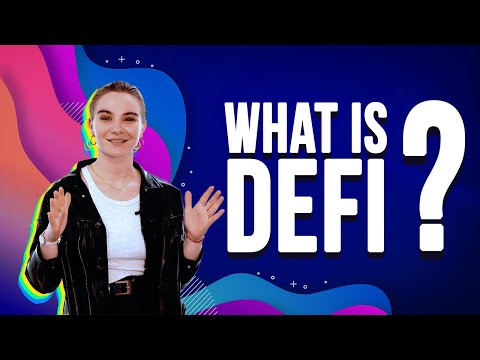 Decentralised Finance (DeFi) in a Nutshell

Imagine being able to bypass traditional financial institutions for things like loans, savings and insurance? Imagine no more–DeFi is here, and it's changing the way we think about crypto and their use cases. September 1, 2020 · 6 minute read