It was never going to be easy. El Salvador’s adoption of Bitcoin as legal tender was off to a rocky start last week, with the government-mandated Chivo wallet crashing and the Bitcoin (BTC) price dropping on the day of launch.

Many have hailed Bitcoin’s ascension to legal tender as a realisation of the cryptocurrency’s potential to transform the financial landscape, while naysayers have labelled the experiment bogus and questionable. There may be truth in both sides of the argument, but hype and sensationalism aside, let’s look at what we know about Bitcoin’s first week as legal tender.

Preparing for a financial revolution

Each Salvadoran that downloaded Chivo was set to receive $30 of BTC as an incentive for getting started on the app. President Bukele’s promise also sparked Bitcoin users globally to show their support for El Salvador and Bitcoin by buying $30 of the digital currency on 7 September, also declared Bitcoin Day by Bitcoin supporters.

The government-mandated Chivo crypto wallet experienced issues well before 7 September, but on the day, many citizens struggled to log in, verify their data, and found that the $30 promised to them had not been paid. The Chivo app allows users to store their BTC and US dollars, with El Salvador to continue with the US dollar (USD) along with BTC.

The government continues with its plans to install 200 ATMs and 50 brick-and-mortar stores, where any individual can withdraw and deposit USD for BTC. Capital gains tax on BTC has been waived, and as with any legal tender, Salvadorans will be able to settle their taxes in BTC. Bukele also waived all taxes on Bitcoin for foreign investors.

The Chivo wallet will also enable expats to send remittances and sidestep the traditionally high banking fees attached to these types of transfers. This was one of the main drivers for the adoption of BTC as legal currency. Remittances account for more than 20% of the country’s GDP, which is one of the highest in the world, according to World Bank data. In a national broadcast, Bukele promised Salvadorans these payments would be instant and accessible around the clock, tweeting the move to Bitcoin “will bring financial inclusion, investment, tourism, innovation, and economic development for our country.”

Power to the miners

A cryptocurrency powered by volcanic forces… It’s a headline writer’s dream, which is why everyone and their nan knows about El Salvador’s plan to offer bitcoin miners 100% clean energy from its volcanoes. There’s surprisingly little information on the progress with this project, but the latest from Bukele in June was that its state-owned geo-electrical company LaGeo was busy setting up geothermal operations that would generate enough recycled energy to meet energy demand.

Bitcoin or dollar, it’s a choice

Backtracking on his previous statement that merchants have to accept BTC, Bukele assured citizens they have a choice in the matter. “No-one will be obliged to receive bitcoins if they don’t want to,” Bukele said in his national broadcast. “Those who have tried to take Article 7 out of context, forget that there is an Article 8 and an Article 12, and that once the complete law is read, it becomes clear there is no obligation to accept bitcoins.”

A $150 million fund to support the Bitcoin rollout was approved by the government at the beginning of September. It will be managed by the Development Bank of El Salvador and will facilitate the conversion from bitcoin to dollars, should merchants and other users want to exchange their cryptocurrency for greenbacks. The fund is not capped and the amount can be adjusted as the demand for dollars increases. From this $150 million, $23 million is earmarked for ATM expansion and $30 million for incentive schemes such as the $30 Chivo signup bonus.

The $150 million is to be siphoned off a $500 million loan from the Central American Bank for Economic Integration (CABEI), which was originally intended for economic recovery projects.

Take it to the banks

Banco Central de Reserva (BCR), the central bank of El Salvador, published two draft documents that set out the regulation around the offering of BTC products in El Salvador by private companies.

Any commercial bank that wants to enter the market and offer a digital wallet must first seek authorisation from the central bank. The BCR also stipulated that all BTC in a bank’s custody must be fully backed by USD, which will be held by the central bank.

Know-your-customer regulation is required for all wallets, meaning that each client’s identity must be verified when they open an account.

Critics have been quick to note the potential for money laundering in this new system, but President Bukele’s legal adviser explained that the government will be tracing Bitcoin transactions on Chivo to combat illegal activity.

Lawmakers also have the power to halt transactions on the Chivo wallet should the value of Bitcoin collapse, to minimise the volatility of the cryptocurrency.

In late July, about a month before liftoff, a writer at Wired remarked the nuts and bolts required to run this mammoth project were a “mirage”; others from the blockchain community have voiced similar concerns. This was shortly after the World Bank denied a call for help from El Salvador to assist with the rollout of Bitcoin in the country. There was no way this thing was ever going to go off without a hitch, considering the sheer scale and complexity of this new financial tool and the technology required, not to mention the already challenging economic environment in El Salvador. Either way, there’s much to lose. But there’s also much to gain, as any pioneer will tell you.

At the moment, it’s a multi-faceted story. “Just walked into a McDonald’s in San Salvador to see if I could pay for my breakfast with bitcoin, fully expecting to be told no,” Aaron van Wirdum tweeted. “But low and behold, they printed a ticket with QR that took me to a webpage with Lightning invoice, and now I’m enjoying my desayuno traditional!” Outside in the streets, others were protesting for the removal of Bitcoin. Multi-faceted and fascinating. Let’s see how it plays out. 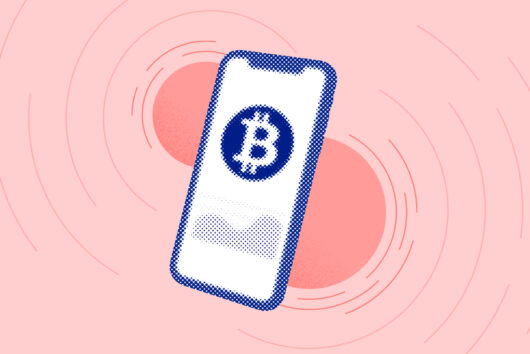