Central bank digital currencies: what you need to know

Earlier this week, Reuters reported that a number of major central banks are joining forces to explore the issues around developing their own digital currencies. The central banks of Britain, the euro zone, Japan, Sweden, Canada and Switzerland will make up the new group, which will assess economic, functional, and technical design choices, as well as cross-border interoperability. The US Federal Reserve was absent from the recent discussions and we can’t say we’re surprised considering the country’s unstable political landscape at the moment. China, too, was not involved, despite reports suggesting that their efforts to create a Digital Renminbi are at an advanced stage.

But what exactly is a central bank digital currency (CBDC)? What are the benefits and risks? How do they differ to other cryptocurrencies? And why are governments scrambling to get in on the action?

Put simply, CBDCs are a digital form of government-backed and issued currency.

Cryptocurrencies and other virtual currencies are not issued by a state or government and as such they are not financially backed by them. Essentially, governments haven’t (yet) classified them as legal tender that you could use as you would your local currency. CBDCs would be legal tender.

A CBDC system would generally be implemented through a centralised database that’s managed by a government or central bank. In some cases, countries could even opt to make use of private-sector companies to manage their data. It is likely that they will use blockchain technology, in the same way that traditional cryptocurrencies such as Bitcoin do. However, unlike cryptocurrencies, which are decentralised, monetary control would remain within the government.

Physical cash is no longer viable for the world we live in today. Some countries, like Malaysia, are even imposing cash restrictions in an attempt to combat fraud, encouraging people to make use of digital money and alternatives like cryptocurrency.

There are a number of benefits to issuing digital cash:

But with new technology comes new (and old) risks.

There are arguments that CBDCs hold significantly more value within financial institutions than with individuals. A BIS (Bank for International Settlements) survey on central bank digital currencies highlights concerns that “most central banks appear to have clarified the challenges of launching a CBDC but are not yet convinced that the benefits will outweigh the costs.”

With the increased competition in the sector, we could see banks struggle to attract funds, decreasing their ability to make loans. It would be inadvisable for CBDCs to enter the lending market, diluting their intended purpose, but it could warrant the need if the pressure is there.

There are also questions around central bank’s abilities to manage customers that are sparking worry. The Financial Times (FT) raised concerns that “[…] issuing CBDC would by definition force central banks to deal with everything from handling public complaints and user inquiries, to performing “know your customer” and anti-money laundering checks. Given their lack of experience, there’s no guarantee they could manage this job more cheaply and efficiently than the core banking sector.”

Then comes the issue of privacy. By guaranteeing that transactions would be kept private, there’s a risk that government organisations could take advantage and facilitate money laundering, among other unsavoury things. Historically, there’s little reason to trust this wouldn’t be the case. In addition, customer’s personal information along with financial data could increase the risk of a pervasive surveillance state system.

Introducing CBDCs won’t come with a one-size-fits-all plan of action. It’s important for governments and central banks to take careful consideration and proceed with caution so as to mitigate any risks pertaining to the economy’s stability. For now, most countries have taken a conservative and calculated approach but time will only tell how it’ll all play out.

“We see the move by the central banks as very positive. They understand a shift to digital currencies won’t happen overnight. However, it is a part of a generational change being driven by people who have grown up with technology and see the world in a different way.

Over thousands of years, money has always evolved and most central banks would agree that the current international monetary system is now out of date. Businesses and individuals need cheaper, faster, secure and more inclusive access to money, which is why the G20 has asked the IMF to look at the macroeconomic implications of global stablecoins.

We fully support cooperation and interaction between fiat and crypto and if the major central banks did issue their own digital currencies this would be a significant step forward. But, they must remember that, in the end, technology always wins.”

Do you welcome the CBDC move? Let us know on Twitter. 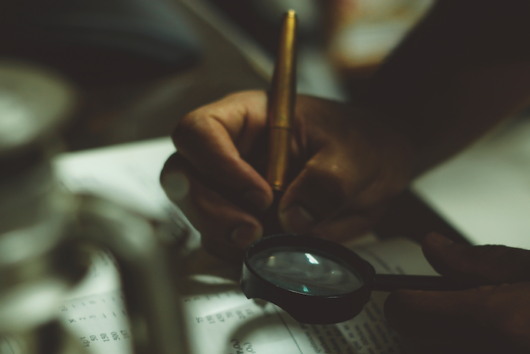 What is the law of supply and demand?