Crypto never sleeps, so neither do we, as we continue in our quest to feed you everything you need to know about what’s going on in the space. Open wide, here it comes.

Charles Hoskinson, CEO of blockchain engineering startup IOHK, this week announced a new partnership with US footwear brand New Balance to help stamp out counterfeiting. New Balance will use the Cardano blockchain to ensure its customers can trust that they are buying authentic NB products. The market for fake shoes was worth an estimated $1.13 trillion in 2018.

Hoskinson explained: “It provides a lot of things to New Balance that they’re really struggling with. Last year New Balance confiscated around 25 million pairs of fake shoes. Authentication is a very expensive proposition for a bunch of brands. What we can bring to the table is not only a very better way for them to accommodate this but also potentially create a marketplace.”

Crypto coltan in the Congo

The last decade has seen growing awareness of the ethical issues around the provenance of minerals such as coltan, which is used in large quantities in smartphones and car manufacturing. The use of child labour in mining these minerals has drawn consternation across the world, and regulators have been working hard to pressure companies to make sure their supply chains are clean. However, there is now another tool in the fight: blockchain.

On 1 October, Reuters reported that government officials in the Societe Miniere de Bisunzu’s (SMB) mine in Congo are using blockchain technology to assure its clients that the minerals they purchase are conflict-free. The SMB is the DRC’s biggest coltan mine and among the largest in Africa.

The blockchain solution has been developed by Berlin-based blockchain company, RCS Global. Currently, companies rely primarily on a paper-based certification scheme. RCS’s solution allows SMB mine officials to digitally tag its minerals, which are then stored on the blockchain, creating new obstacles for smugglers and criminals.

RSC managing director Ferdinand Maubrey explained that this “allows purchasers of SMB material to be sure that it actually comes from that mine site and is not smuggled into the supply chain from other mines, as much as possible.”

Russia nuclear scientist fined $7,000 for using supercomputer to mine Bitcoin

Where do you mine your Bitcoin? If it’s not a top secret Russian nuclear base, are you even really mining?

This week, Russian nuclear scientist Denis Bakhov was fined $7,000 for illegal Bitcoin mining at a top-secret nuclear base. The innovative miner was part of a trio who accessed supercomputers on the site to mine Bitcoin, in clear violation of the plant’s rules regarding computer operation – and common sense.

The trio was first caught last February and handed over to the Federal Security Service. The incident took place at the Sarov institute, where the first Soviet nuclear weapon was produced in 1949, and is now home to some of Russia’s most powerful supercomputers.

Two other Sarov nuclear centre employees — Andrei Rybkin and Andrei Shatokhin — are awaiting sentencing for their role in the scheme. Given that the price of Bitcoin is currently north of $8,000 though, you would imagine Bakhov is still in the black.

Morningstar goes all in on blockchain?

Morningstar Credit Ratings might be a relatively new player on the credit rating scene, having only received permission to rate corporate debt in 2016, but they’re leading the way in blockchain.

According to the company’s Chief Operating Officer, Michael Brawer, the company is planning an evaluation system for debt securities issued as tokens on a blockchain to make the emerging asset class more credible for investors. The new rating services could drive the migration of the $117 trillion debt securities industry, currently administered and governed by custodians and trustees, to a decentralised financial network.

The Securities and Exchange Commission (SEC) in the US announced last Monday that it has settled charges against EOS maker, Block.one for conducting an unregistered initial coin offering (ICO). Block.one has agreed to pay a $24 million penalty.

Block.one, a Cayman Islands company with offices in Hong Kong and Virginia, ran their illegal ICO from June 2017 to June 2018. In one year of selling unregistered securities, the firm raised $4.1 billion dollars worth of ether to fund the development of the EOS network — all without an actual product. In exchange for the ether, Block.one sold 900 million ERC-20 tokens. Was $24 million dollars enough? It seems Block.one has got somewhat lucky here, but you can make your own mind up about that.

German state-owned bank BayernLB has published a stock-to-flow analysis report on Bitcoin, concluding that Bitcoin is “designed as an ultra-hard type of money.” Stock-to-flow ratio refers to the supply of a commodity or asset divided by the amount produced annually. The cryptocurrency exhibits substantial “hardness” in comparison to its physical counterpart gold.

The report states that: “The stock-to-flow approach originating in commodity-market analysis serves to quantify the “hardness” of an asset. Applied to Bitcoin, an unusually strong correlation emerges between the market value of this cryptocurrency and the ratio between existing stockpiles of Bitcoin (“stock”) and new supply (“flow”).”

“The stock-to-flow approach is a good heuristic for understanding Bitcoin. It becomes clear that Bitcoin is designed as an ultra-hard type of money. Next year, it will already exhibit a similarly high degree of hardness as gold. In 2024 (when halving is set to take place again), Bitcoin’s degree of hardness will again increase massively.” 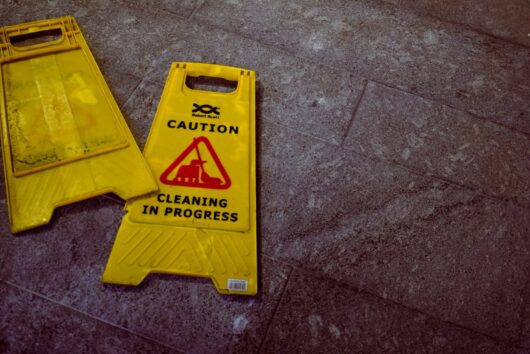 Kickstart your week with an insight into Bakkt's consumer app, why emerging markets are poised to take on CBDCs, and why China is quarantining their cash. February 17, 2020 · 4 minute read