Cape Town – are you ready for us? This week’s edition of the Luno RoundUp comes to you from beautiful South Africa, and a new backdrop means more new faces.

Let’s jump right into what’s been a busy fortnight in the crypto world.

The Central Bank of Bahrain has issued comprehensive rules which bring activities related to crypto-assets under its supervision. The rules cover topics applicable to service providers acting in the crypto-asset space such as licensing, governance, minimum capital, KYC, risk management, AML/CFT, requirements around wallet security, standards of business conduct and various others. There is also an emphasis on consumer education — and we’re all for it.

The Thai Securities and Exchange Commission has announced a list of four approved cryptocurrencies eligible for investment in ICOs and base trading pairs. The list includes Bitcoin, Ethereum, Ripple, and Stellar. The list will be updated periodically.

So far, operating exchanges have never used BCH, ETC or LTC as base trading pairs but the announcement might bring an opportunity for this kind of value comparison. The SEC made it clear the announcement doesn’t mean that cryptocurrency has been given legal tender status, meaning the coins are still not an accepted form of payment.

Russia: Putin your money where your mouth is

Hopping over to colder climates, major Russian news agency TASS reported earlier this month that Russia is set to introduce new measures around the development of ‘Russian offshores’. These kinds of arrangements usually allow companies to legitimately move offshore for tax reasons and to enjoy relaxed regulations.

The new measures will reportedly make provision for digital assets, which may encompass cryptocurrencies, but no timing has been confirmed.

We’ll have to see whether this has anything in store for wallet-holders looking for a place to stash their crypto.

We love a good use case

In the true spirit of decentralisation, Blockimmo Ltd, a blockchain property transaction platform, in collaboration with two other companies, has successfully completed the very first real estate transaction on the blockchain in Switzerland. The deal was composed of a restaurant and 18 apartments worth approximately USD 2.98 million, and its value is now digitally represented on the Ethereum blockchain.

This could be considered fairly novel, but looking at Turkey, we see a fun pattern starting to emerge. According to the Business Standard, a Turkish real estate agency has sold nine properties to date using Bitcoin, mostly to foreign buyers. Antalya Homes has said the houses cost a minimum of EUR 30 000 each. The agency also accepts Bitcoin Cash, Ethereum, Stellar, Ripple, Litecoin, and Tether.

Did someone say “mass adoption”?

Cosmic message in a bottle

Moving from planet Earth to outer space, one of the latest Bitcoin novelties amongst the Bitcoin technical community is to pay a couple of cents in Bitcoin to have a message sent into space. It’s the cosmic version of a message in a bottle. Crypto company, Blockstream, heads up this eccentric project. If that’s not enough the launch of spacebit.live has given users another easy way to pay a small fee to send a message via satellites across the world.

Where are the breadcrumbs, QuadrigaCX?

Recent efforts to recover millions of dollars’ worth of cryptocurrency from digital wallets of Canadian exchange, QuadrigaCX, have hit a snag. A firm appointed to oversee the exchange following the death of its founder, Gerald Cotton, found the wallets to be empty. The wallets were expected to be found holding roughly USD 137 million. Cotten, who unexpectedly died in India in December 2018, had sole responsibility for handling the funds passing through the exchange. We’ve got our ears close to the ground on this one.

At Luno, we believe the Quadriga case highlights the need for cryptocurrency regulation. Regulation will provide consumers and potential consumers with peace of mind in knowing the services they’re dealing with are held to defined regulatory standards. Imposing regulations will, in turn, enhance general trust in the market.

“What’s the hype on stablecoins all of a sudden?”

Firstly, let’s start by talking a bit about what a stablecoin actually is. As the name suggests, it’s a cryptocurrency pegged to an asset with a stable value, such as gold or the US Dollar. The idea is that the stablecoin is ‘backed’ by real assets in traditional bank accounts, vaults or wallets.

There are a few types of stablecoins, each with their own set of pros and cons:

There are also algorithmic type stablecoins. These adjust the supply to keep pace with demand and ensure a stable price via an algorithm, also known as an algorithmic peg. It’s important to note here that algorithmic stablecoins don’t hold any assets as collateral.

Stablecoins could be an ideal way to bridge the gap between the old and the new economy. The growing hype represents a psychological shift. However, some critics believe stablecoins are just a temporary solution for a temporary problem (that is, volatility in crypto). It’s difficult to speculate whether stablecoins will have a place in the crypto sphere in years to come, once mass adoption and wider education surrounding cryptocurrencies becomes more prevalent.

At Luno, we’ve focused on the longevity of the industry and we’ve had many internal discussions on the long-term utility of stablecoins. We’re hopeful and our teams are monitoring this closely. Let us know your thoughts on stablecoins on Twitter.

Don’t forget you stand a chance to receive some hot Luno swag when you tweet #AskLuno with your burning crypto questions. We hope you enjoyed this week’s episode – until next time! 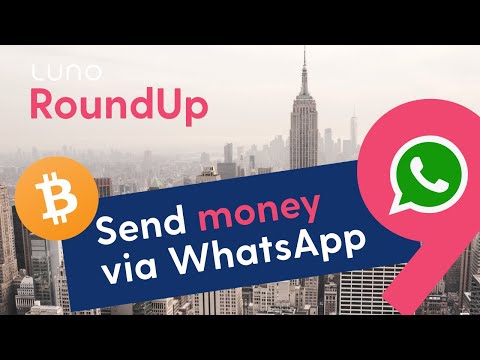 Crypto news this week – 20 May

Mainstream retailers accepting crypto? Future, we see you! Find out what else went down in the crypto world this week. May 23, 2019 · 2 minute read