Before we jump into what’s been another whirlwind week in the crypto world, we’d like to thank all of our readers and viewers who’ve joined us on our Luno RoundUp journey as we say a bittersweet goodbye to season one!

Now we’ve got the sappy stuff out the way, let’s get right to it.

Mainstreamers pave the way for BTC

What do Amazon, Wholefoods, Starbucks, Home Depot and Uber have in common? They’re Folding! But not in the way you think… They’re joining other major names on the payment platform, Fold, where clients will be able to use the Lightning Network to pay for goods and services using Bitcoin.

The battle against big tech

Staying stateside, a draft discussion bill is doing the rounds with the House Financial Services Committee staff which has the potential to impact Facebook’s congressional hearing this week. The bill, titled “Keep Big Tech Out of Finance” sets to prevent tech behemoths from becoming financial institutions, and raises an interesting school of thought on the roles fulfilled by non-governmental institutions. We can’t say we’re too surprised, but we’ll be keeping an eye on this as more developments come to light.

Room to play for institutional investors

ETH/ZAR – a match made in heaven

This one’s for our South African customers: It’s time to celebrate! We’ve launched our Ethereum/Rand pair meaning you can now buy Ethereum using Rands on the Luno Exchange. What does this mean for you? You can save time and money next time you buy or sell Ethereum, plus we’ve given you the freedom to choose your preferred method. For more on this, check out our Ethereum/Rand exchange pair announcement.

Not the time to shine if you want to mine

The difficulty reached 9.06 trillion earlier this month, surpassing the previous record of 7.93 trillion. This strong growth is a sign that competition amongst miners is not only escalating, but doing so at an accelerated rate.

Donald Tr*mp weighed in with his thoughts on everything that’s “not money”, aka cryptocurrencies. While we could spend time breaking down and debunking some of his hostile sentiments, we thought we’d let the responses to his tweets take the lead on this. If you haven’t got your teapot on, we’d suggest you do so immediately.

I am not a fan of Bitcoin and other Cryptocurrencies, which are not money, and whose value is highly volatile and based on thin air. Unregulated Crypto Assets can facilitate unlawful behavior, including drug trade and other illegal activity….

Asking for a friend 🙂

Untraceable, physical cash is the best tool for facilitating drug trades and unlawful activities, not a public ledger that records the history of every transaction ever made.

You are wrong about this.

“Bitcoin is underpinned by math and cryptography. Like gravity, it works, whether you believe in it or not.” – @winklevoss

Are you saying the US dollar doesn’t facilitate unlawful behavior including drug trade and other illegal activities?

Mr. President, you are misled by fake news. #Bitcoin & #Blockchain happens to be the best chance for US! I’d love to invite you to have lunch with crypto leaders along with @WarrenBuffett on July 25. I guarantee you after this lunch, nobody will know crypto more than you!

Well, that’s how you lose the libertarians.

If you still had any

Narrator: He did not.

A software engineer takes us back to the future with this amazing discovery. Ken Shirriff reverse-engineered a 52-year-old guidance computer used on the Apollo missions during the famous NASA space program, which includes the first moon landing. Why? To mine Bitcoin, of course! Unfortunately, the computer was so slow, it’d take about a billion times the age of the universe to mine just one Bitcoin block.

The Apollo Guidance Computer navigated to the moon, but can it mine Bitcoin? I tried it on our working AGC; at 10.3 seconds per hash, it would take a billion times the age of the universe to mine a block. Still faster than mining by hand or punch cards.https://t.co/uGXfDYWAHd pic.twitter.com/6bLpOzAhqK

Crypto’s best boi has done the math for us. We won’t be betting against Bitcoin either, will you?

I wouldn’t bet against #Bitcoin pic.twitter.com/UstjiTMZwJ

Hmm, if you can’t beat ‘em, join ’em, Peter? What do you think Peter Schiff should do with his BTC? Let us know on Twitter.

I have been gifted $2,800 worth of Bitcoin. Thanks to all for your generosity. What should I do with my stash? 1. Use it now to buy 24 Karat gold jewelry at https://t.co/At4icF7p0A for my wife. 2. Ignore the FUD and HODL until Bitcoin moons and buy a Lambo for myself.

Rhythm trader, you speak the truth. Don’t be that person who wished they had bought sooner.

You should have bought Bitcoin yesterday, and there is no better time to buy than now.

The numbers are stacked in your favor.

It’s only a matter of time until you wish you bought Bitcoin yesterday.

That’s a wrap! Once again, thank you to our #LunoTV supporters, and to our team who’ve worked hard to bring you the best and latest crypto news every time. While we take a break, look out for season 2 of our Learn with Luno videos. Until next time! It was another week of frenzy in the crypto world – as if CME launching ETH futures and Visa's big crypto announcement wasn't enough, Tesla just announced it's buying $1. February 8, 2021 · 5 minute read 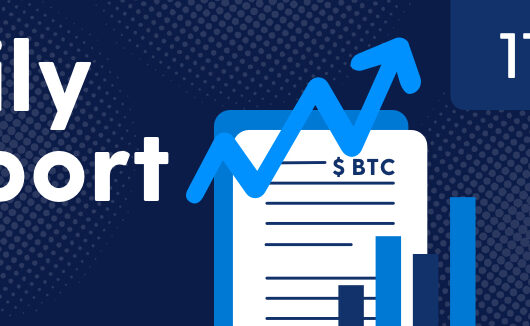 Another day, another institutional giant buying up loads of bitcoin. December 11, 2020 · 3 minute read