Bitcoin’s back, baby! Not that it ever actually went anywhere, but it just tipped back over $12,000 again yesterday, which is pretty frigging exciting! We’re off to a flying start for September! ARE YOU EXCITED?! WE’RE EXCITED!!! WE’RE ALWAYS FRIGGING EXCITED!!!!!

If you’re new to the world of crypto trading, don’t forget to take a look through our beginner’s guide to crypto trading series, starring in-depth explorations of common strategies, market analysis techniques, and more. It will help you use the data in this update to make your crypto trading decisions.

All information is correct as of 08:30am BST

It feels like an age since we were last in ‘Extreme Greed’, having been in the mere Greed zone since Saturday. But we’re back, baby! And at 83 the Index is at the highest point since 17 August. August was characterised by greed, and we’ve never seen a whole month up in this area – will the run continue through September?

Extreme fear can be a sign that investors are too worried, which could be a buying opportunity. When Investors are getting too greedy, that means the market may be due for a correction.

Activity on Bitcoin is approaching 2017 highs

We’re currently seeing more activity on Bitcoin than last summer, when the price touched $14,500. It’s always a healthy sign that the use of Bitcoin is increasing with the price, as we’ve seen over the past months. Hodlers are passive investors who have held Bitcoin for more than a year. Cruisers have held their crypto for 1-12 months, while traders have held theirs for less than 30 days. The stack bar shows the composition of holders by their holding period at the end of each calendar month.

Data courtesy of Into The Block

This is a metric from intotheblock.com designed to show whether messages sent in Telegram have a positive, neutral or negative connotation. The daily RSI is currently 56.04. Values of 70 or above indicate that an asset is becoming overbought and may be primed for a trend reversal or experience correction in price – an RSI reading of 30 or below indicates an oversold or undervalued condition.

Last Thursday, the Federal Reserve announced that it’s willing to allow inflation to increase more than normal. These changes are a major policy shift. Gold, the traditional inflation hedge, spiked on the announcement, but retraced sharply after a few minutes. More notably, the bitcoin price followed the exact same pattern.

The two assets have traded in tandem since, giving investors confidence in the “digital gold” narrative for bitcoin. This may well be only a short-term price correlation, but it will be interesting to see whether more traders treat bitcoin as a digital gold. The U.S. dollar is becoming a shitcoin faster than ever imagined. #Bitcoin is the key to salvation. https://t.co/fMMStO9zIg Weekend Recap: One small step for man, one giant leap for Bitcoin ?

Bitcoin has gone (almost literally) to the moon, a Deutsche Bank report has signalled concern over the future of fiat currencies, and the Bank of China steps up their blockchain bonds investment game. December 9, 2019 · 3 minute read 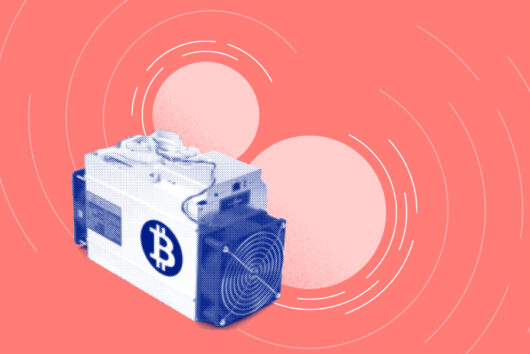