Yesterday saw bitcoin’s highest weekly close since January 2018. Is $14,000 in sight this week?

All information is correct as of 07:30am BST.

The volume traded yesterday was $24,406,920,575 – down from $24,542,317,940 the day before. That’s the highest daily trading volume since 11 September. High volume indicates that a significant price movement has stronger support and is more likely to be sustained.

Is greed good? We remain firmly in the green, albeit down from 76 on Saturday to 75 yesterday. Extreme fear can be a sign that investors are too worried, which could be a buying opportunity. When Investors are getting too greedy, that means the market may be due for a correction. 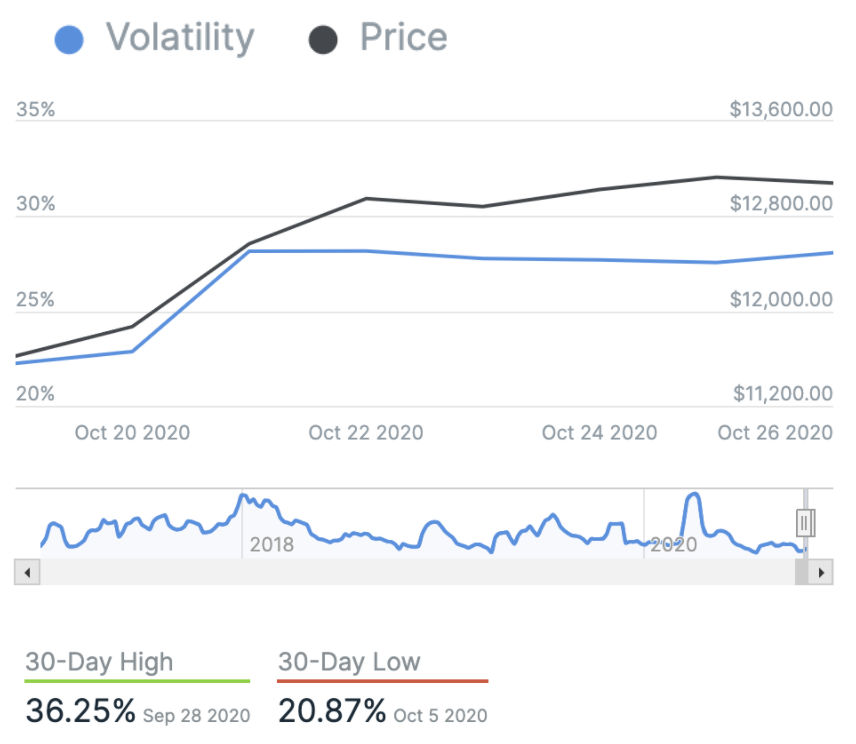 The daily RSI is currently 78.69. Values of 70 or above indicate that an asset is becoming overbought and may be primed for a trend reversal or experience correction in price – an RSI reading of 30 or below indicates an oversold or undervalued condition.

Satoshi started a fire in cyberspace. While the fearful run from it and fools dance around it, the faithful feed the flame, and dream of a world bathed in the warm glow of cyberlight. #Bitcoin

The biggest bank in America just called #Bitcoin a competitor to gold.

Let that sink in. pic.twitter.com/Ge6Ikeqjq5

Exciting to see more mainstream financial services players getting on the crypto bandwagon. Many banks now pursuing #BTC and stablecoins support after this week’s announcement by @PayPal. We’re turning a corner.

Libra supremo, David Marcus on the big boys coming in

What does this week hold? Grayscale has launched an ETF that will track Bitcoin-exposed companies. February 3, 2022 · 1 minute read