Five years ago, “Don the Dog” caused chaos when he drove a tractor on a motorway in Scotland. It was a simpler time. Elsewhere in the world, a group of very smart people were on the verge of releasing a new platform that set out to transform the world as we know it – Ethereum. To celebrate Ethereum’s fifth birthday, we chart its journey so far ?

Vitalik Buterin first laid out the idea for Ethereum in 2013. His aim was to use the blockchain technology that underpinned Bitcoin in an entirely new way. He set out to build an open-source blockchain platform capable of executing programmable actions. Buterin came up with the ‘smart contract’ – a self-operating computer programme that uses blockchain technology to automatically execute when specific conditions are met. The white paper explains that:

“What Ethereum intends to provide is a blockchain with a built-in fully fledged Turing-complete programming language that can be used to create “contracts” that can be used to encode arbitrary state transition functions, allowing users to create any of the systems described above, as well as many others that we have not yet imagined, simply by writing up the logic in a few lines of code.”

This became a reality on 30 July 2015, when Ethereum’s network went live. Let’s take a closer look at its journey.

Vitalik Buterin, a cryptocurrency programmer and co-founder of Bitcoin Magazine, chose the name Ethereum after browsing Wikipedia articles about elements and science fiction: “I immediately realized that I liked it [Ethereum] better than all of the other alternatives that I had seen; I suppose it was the fact that sounded nice and it had the word ‘ether’, referring to the hypothetical invisible medium that permeates the universe and allows light to travel.”

Back then, Buterin believed Bitcoin needed a scripting language for application development. But not everyone agreed, leading to his proposal of a new platform with a more general scripting language: Ethereum.

Ethereum is known for having an unusually long list of founders. In a post published by Buterin on the bitcointalk.org forum, he explains the primary core devs were:

He explained the non-development members included:

As opposed to Bitcoin, whose mysterious founder(s), Satoshi Nakamoto, have left much room for speculation around their identity, Ethereum’s primary founders have been publicly active members of the crypto community.

Six months later, the founders met in a house in Zug, Switzerland, where Buterin told them the project would proceed as a non-profit.

The idea of putting executable smart contracts on the blockchain needed to be specified before the software could be implemented. Dr Gavid Wood, Ethereum’s Chief Technology Officer at the time, worked on this, as outlined in Ethereum’s yellow paper which he published in April 2014. The paper served as the technical bible and specification for the Ethereum Virtual Machine (EVM).

According to the Ethereum blog:

In 2014, ConsenSys was founded by Ethereum Co-founder Joe Lubin and began incubating startups that build decentralised applications (DApps) as well as companies building infrastructure tools and applications for the Ethereum blockchain.

Subsequently, a Swiss nonprofit known as the Ethereum Foundation was created. Launching a new cryptocurrency and blockchain understandably requires a significant collaborative effort, rounding up the resources needed to make the project a reality. As Ethereum announced its plan to conduct a presale of Ether tokens, it became clear legal entities would need to have been established in order navigate the legal and financial complexities of raising funds through an initial coin offering (ICO).

Following the successful presale, Ethereum development was formalised under a nonprofit called ETH DEV, which manages the development of Ethereum under contract from Ethereum Suisse, of which Buterin, Wood and Wilcke are directors.

In April 2015, the DEVgrants program was announced. The program offers funding for contributions both to the Ethereum platform and to projects based on Ethereum. As hundreds of developers were already contributing their time and other resources towards Ethereum-related projects, the program served to reward and support those developers for their contributions.

Ethereum went live on 30 July 2015. 72 million coins were minted, accounting for around 65% of the total circulating supply in April 2020.

Several codenamed prototypes of the Ethereum platform were developed by the Ethereum Foundation as part of their Proof-of-Concept series, prior to the official launch of the “Frontier” network.

“Olympic” was the last of these prototypes. The Olympic network provided users with a bug bounty of 25,000 Ether for stress testing the limits of the Ethereum blockchain. “Frontier” marked the tentative experimental release of the Ethereum platform in July 2015.

In October 2015, a development governance was proposed as Ethereum Improvement Proposal (EIP). The EIP describes standards for the Ethereum platform, including core protocol specifications, client APIs and contract standards.

As of January 2016, the Ethereum protocol could process about 25 transactions per second. In comparison, Visa’s payment platform processes 45,000 payments per second, leading to concerns around Ethereum’s scalability.

In 2016, a decentralised autonomous organisation called The DAO, a set of smart contracts developed on the platform, raised a record $150 million in a crowd sale to fund the project. On 17 June 2016, an unknown hacker or group of hackers stole $50 million worth of funds raised on The DAO.

The hack ignited a heated debate in the crypto community over whether or not Ethereum should perform a contentious hard fork to reappropriate the affected funds. As a result, Ethereum was split into two separate blockchains: Ethereum (ETH) and Ethereum Classic (ETC).

The new Ethereum was a hard fork from the original software intended to be more resistant against any other malware attacks. On the other hand, Ethereum Classic continued on the original blockchain, causing a rivalry between the two networks.

After the DAO-related hard fork, Ethereum forked twice again in Q4 of 2016, in an attempt to manage other attacks. By the end of November 2016, Ethereum had increased its DDoS protection, de-bloated the blockchain, and successfully prevented further hacker-led spam attacks.

Separately, the Ethereum Difficulty Bomb is the term used to indicate the increasing level of mining difficulty that results in an increased amount of time required to mine a new block on the Ethereum blockchain. The bomb increased in November 2016 from block 200,000. The onset of the Difficulty Bomb is referred to as Ethereum’s Ice Age, as the Ethereum network started the transition from Proof-of-Work (PoW) to Proof-of-Stake (PoS). A difficulty bomb was scheduled in February 2019 but was pushed back by developers.

On 19 December 2016, Ethereum exceeded one million transactions in a single day for the first time.

As of September 2019, Ethereum was the second-largest cryptocurrency on the market, with Bitcoin in the top spot.

The Ethereum core development team is currently working on a significant update, previously mentioned as Ethereum 2.0, or the “Serenity” upgrade. According to CoinTelegraph, “it involves re-engineering the entire Ethereum platform, effectively launching a new, more scalable version.” The implementation started in mid-2020 and will most likely run for another year or two until all three phases are complete.

An important aspect of Ethereum 2.0’s implementation involves moving Ethereum from a Proof-of-Work (PoW) to a Proof-of-Stake (PoS) consensus. As Ethereum seeks to decentralise and expedite its network times, PoS is deemed far more energy-efficient.

In a lengthy Twitter thread posted on 10 December 2019, Buterin announced that future blockchains with sharding based on PoS will be “thousands of times more efficient”. This follows his belief that as scalability advances and user experience improves, non-financial applications “will become a bigger part of the story.”

Casper is the name of the implementation that will eventually convert Ethereum into a PoS blockchain. To date, there have been two co-developed Casper implementations in the Ethereum ecosystem: Casper CBC (Correct-by-Construction) and Casper FFG (Friendly Finality Gadget). Research on Casper FFG is currently being led by Buterin; despite an initial proposal consisting of a hybrid PoW/PoS system, the implementation is still under discussion. New proposals may eventually replace it with a pure PoS model.

The long-awaited 2.0 upgrade looks on course for an end of year release, after developers released the specifications for the “official” testnet on Wednesday. The testnet will begin on 4 August and has been named “Medalla”, after the Buenos Aires metro stop. It will support Ethereum’s multiple clients (different ways of running the blockchain).

And finally, at the beginning of July, Ethereum reached an important and exciting milestone in its journey. According to a new metric from German site, The Blockchain Center, Ethereum is more than halfway towards overtaking Bitcoin. The new so-called Flippening Index currently sits at 53.3%. This marks the first time the index has topped 50% in 18 months, since March 2019 when it was around 56.2%.

Originally, the flippening referred to Ether’s market cap relative to Bitcoin, but given Ether is at just 14.9% of Bitcoin’s market cap, it still has a long way to go in surpassing BTC.

The Flippening Index is designed to be a more thorough comparison, weighting the average of eight other indicators in the hopes of providing a better overall metric of the use of, and interest in, the two blockchain networks. 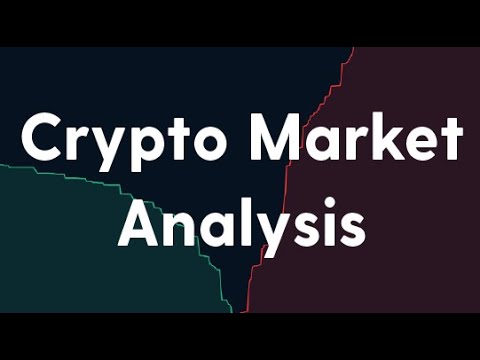 A brief overview of some of the most common methods of analysis for cryptocurrency trading and investment. 5 minute read What is a security?

A security is an umbrella term used for virtually any asset issued by a company or other common enterprise that can be bought and sold, but classification depends on the regulator in a country. 1 minute read