While movement in the crypto markets last week was fairly limited, there was still plenty to talk about: the internet was sold to the highest bidder, George Soros hopped on the Bitcoin bandwagon, and India is heading to the moon thanks to a massive spike in crypto investment.

Here are our picks of the biggest crypto stories to come from last week.

Soros Fund Management has also apparently been joined by Steve Cohen’s Point72 Asset Management, which is supposedly looking to fill a new Head of Cryptocurrencies position. The recent drop in the bitcoin price has been credited by some as the result of a slowdown in institutional investment in the space, but could the tide be turning again?

Fitzpatrick added that bitcoin is especially appealing because of its versatility:

Many consider this to have been a long time coming, as Soros Fund Management first made moves to trade digital assets as early as April 2018.

Wave of crypto adoption set to hit US shores

Over 600 US banks will soon be able to offer crypto directly to customers. The news is the result of a deal between digital asset management firm NYDIG and the National Credit Regulator (NCR), which will enable community banks and credit unions to offer their clients crypto trading through their banking apps.

According to NCR’s president of digital banking, Douglas Brown, this move is in response to a growing demand for access to crypto.

“Banking today is a daily or a couple-of-times-a-day activity for people, which is what we typically see. Crypto gets to an hourly or sub-hourly level of deepening engagement,” he said.

Despite ongoing uncertainty around India’s regulation of digital currencies, Indian users are going crazy for crypto, with investment growing from $200 million to nearly $40 billion over the past year. According to blockchain forensics firm Chainalysis, that’s a 19,900% increase.

As the data shows, India’s confidence in crypto isn’t impacted by its government’s stance on digital currencies. In fact, there have been some positives from a regulatory perspective over the past few months, with India’s finance minister Nirmala Sitharaman denying the possibility of a blanket ban on crypto. She further clarified that the government will take a “calibrated” approach to crypto trading, with ongoing “negotiations and discussions” with the Reserve Bank of India.

The internet has been sold to the highest bidder

A display of the source code to the original WorldWideWeb browser has been sold as an NFT to an anonymous buyer for $5.4 million.

In June, one of the architects of the internet, Sir Tim Berners-Lee, packaged the code along with a personal letter, a printable vector file, and a 30-minute silent video that depicts the code being typed out, to be sold as an NFT, the proceeds of which would be donated to charity.

Cassandra Hatton, the global head of science and popular culture at Sotheby’s, which was the auction house behind the NFT sale, said what makes this NFT so special is that it was minted by Berners-Lee himself.

“The symbolism, the history, the fact that they’re coming from the creator is what makes [this NFT] valuable, and there are lots of people who collect things for exactly those reasons.

“We have placed it in a public forum, we have sold it at basically no reserve [the bidding started at $1,000] and we let the market decide what the value is going to be. There have been multiple bidders who have all agreed that it’s valuable.” 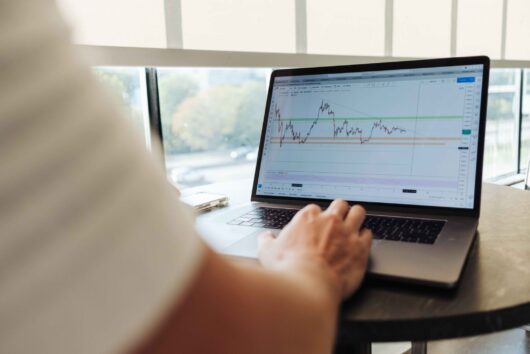 If you thought bitcoin bulls were ready to start putting their feet up and winding down for the year, we’ve got news for you. December 15, 2020 · 3 minute read