With all the Bitcoin hype around El Salvador, it looks as though Panama would like to get its own slice of legal tender pie, and make BTC an official currency. Meanwhile, American banking giants continue their crypto quest, and the internet is up for sale…sort of. Here are the top crypto stories to come out of last week.

Panama the next domino to fall in Central American crypto craze?

Just two weeks after El Salvador became the first country in the world to classify bitcoin as legal currency, its Central American neighbour, Panama, appears to be following suit. Next month, Panamanian congressman Gabriel Silva plans to present a bill that could lead Panama toward using cryptocurrency as legal tender.

In response to his neighbouring country’s adoption, Silva said he “found El Salvador’s project positive, ambitious, interesting and with good acceptance,” before adding that he’s likely to adapt the project to Panama.

As part of an exercise in due diligence, Silva and his team will collect comments from different parties made up of lawyers, bitcoin users, crypto companies and government officials. Although Silva is yet to flesh out a crypto bill, he has indicated that Panama already has schemes to attract crypto companies via means of work permits and tax exemptions.

As exciting as this is for Panama, consensus won’t be achieved as easily as it was in El Salvador. To be approved, the bill must get 36 of the total 71 votes in the chamber of deputies, and if congress does approve it, the law could still be vetoed by the president.

Despite Silva being a member of the opposition party, the bill’s passing is still hopeful, given the harmonious relationship between the two entities.

In March, Morgan Stanley broke ground as the first big American bank to offer its clients exposure to bitcoin via three different funds. Now, in a new filing from the Securities and Exchange Commision (SEC), a forth fund appears to be on the cards.

This filing stems from the partnership between New York Digital Investment Group (NYDIG), an institutional bitcoin solutions provider, and FS Investments, a fund management company. Together they will create the new bitcoin fund, and have said that Morgan Stanley “will receive certain placement and servicing fees with respect to clients it refers to the issuer, as disclosed to the applicable clients.”

Chiming in on crypto adoption, Goldman Sachs is now planning to offer investors options and futures trading in ether, Ethereum’s native cryptocurrency. After a three-year hiatus, this is the latest step in Goldman Sachs’ journey into crypto.

After a slew of recent cyber attacks, G7 leaders have made clear their intention to fight against ransomware. These attacks have disrupted US supply chains, leading the White House to say the increase in “cyber intrusions” has become an “escalating shared threat.”

A press release from the White House described the problem:

“Transnational criminal enterprises leverage infrastructure, virtual currency, and money laundering networks, and target victims all over the globe, often operating from geographic locations that offer a permissive environment for carrying out such malicious cyber activities.”

The “permissive environment” could be referring to Russia, as this is where many ransomware gangs operate from, including DarkSide and REvil, who are the groups behind the Colonial and JBS attacks.

Although President Biden met with Russian President Vladimir Putin last week, it’s not yet clear what conclusions were drawn between the two world leaders.

MicroStrategy announced yesterday that it had bought an additional 13,005 bitcoin for around $489 million in cash. The new purchase comes after the software company completed its $500 million offering of secured notes last week. It now holds 105,085 bitcoin on its balance sheet, worth around $3.44 billion.

Should CEO Michael Saylor invest his newfound capital into more bitcoin, which he likely will, MicroStrategy could own north of $5 billion of the digital currency.

Your chance to own the internet…kind of

One of the architects of the World Wide Web, Sir Tim Berners-Lee, is selling the source code to the original web browser as an NFT.

The auction, which is being run by Sotheby’s, will include both the code for the WorldWideWeb browser as well as a letter from Berners-Lee, a printable vector file, and a 30-minute silent video that depicts the code being typed out.

Berners-Lee finds NFTs particularly exciting, saying they’re “the latest playful creations” on the internet and “the ideal way to package the origins behind the web.”

The proceeds from the sale will benefit causes supported by Berners-Lee and his wife. 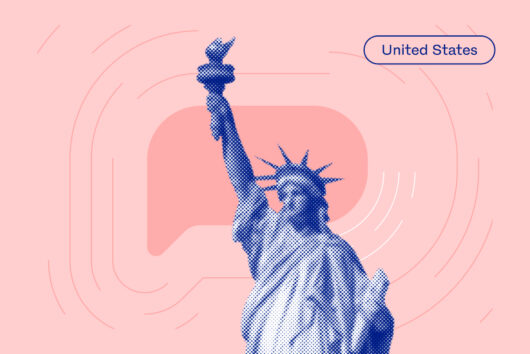 Mayor Eric Adams says he intends to ask Governor Hochul to veto a bill that would effectively ban Bitcoin mining in the state for the next two years. June 14, 2022 · 2 minute read