El Salvador recently became the first country to accept Bitcoin as legal tender. In doing so, it effectively became a guinea pig for Satoshi Nakamoto’s original vision – and made them a lot of friends in the Bitcoin community in the process.

The move by the Central American country means that from September 2021, when the law comes into effect, Salvadorans can pay their taxes, and purchase goods and services using Bitcoin. The law also stipulates that retailers must accept Bitcoin as payment (technological capabilities permitting).

As a dollarised economy, the US dollar will continue to serve as fiat currency alongside Bitcoin, but the move positions Bitcoin—the world’s leading cryptocurrency—as a transactional standard in the country.

Here’s a quick look at what the Bitcoin standard is, and how El Salvador plans on making this brave new world work.

Where does the idea of a Bitcoin standard originate?

Like the gold standard, or the fiat system, the Bitcoin standard is a proposed monetary system that was only theoretical until El Salvador recently went all in by passing a law that accepts Bitcoin as legal currency.

The Bitcoin standard owes its workings to Satoshi, the creator of Bitcoin, but the concept was popularised in 2018 by Dr Saifedeam Ammous, an Assistant Professor of Economics at the Lebanese American University. In his book, The Bitcoin Standard, Ammous lays out the inefficiencies and flaws of the central banking system, and so too the fiat monetary system, arguing for the adoption of Bitcoin as legal tender.

What is the Bitcoin standard?

It’s a decentralised alternative to central banking in which Bitcoin is used as a legal means of transaction. It’s a move away from the traditional fiat currency system to one where Bitcoin is accepted as standard currency; one where you can pay taxes, receive home loans, and get paid a salary, all in Bitcoin. It’s a complete alternative to the dollar.

Since the move from El Salvador, the leaders of developing countries, including Mexico, Argentina, Paraguay, Brazil, and Panama, have hinted at following suit. This shift has come to be known as the ‘El Salvador effect’.

The 21st century global monetary solution is a digital currency (USD) serving as a medium of exchange backed by a digital asset (BTC) serving as a store of value, with #Bitcoin as the final settlement network and #Lightning as the transaction network. El Salvador is the model. https://t.co/xBjABPnZBJ

El Salvador has long been friendly towards Bitcoin activity within its borders. In the beach town of El Zonte, as part of the Bitcoin Beach project, numerous businesses accept BTC as payment. Salvadoran President Nayib Bukele has noted Bitcoin Beach as an inspiration for proposing the Bitcoin law.

Bukele says that Bitcoin “will generate jobs and help provide financial inclusion to thousands outside the formal economy.” It will also address the issue of costly remittance payments from Salvadorans living abroad, making up a fifth of the country’s gross domestic product (GDP). Experts have long touted the revolutionary potential of the blockchain, which underpins Bitcoin and other cryptocurrencies, in helping ease cross-border payments.

How will it work?

Apart from “all economic agents” having to accept BTC as payment, the Salvadoran government will guarantee the convertibility of Bitcoin into dollars for any transaction, using a $150-million trust established by El Salvador’s Bandesal development bank.

Detractors have raised issues surrounding Bitcoin’s volatility, while economist and historian George Selgin noted that certain clauses in the legislation are coercive in forcing Salvadoran merchants and companies to accept Bitcoin as payment. These are all valid concerns, which, along with the promises of such a system, will play out in real-time over the next few months and years.

Without a doubt, it’s a leap into the unknown by the Salvadoran government – but most pioneering ideas are. It’s how we make progress as a species. It will certainly be an interesting one to follow. 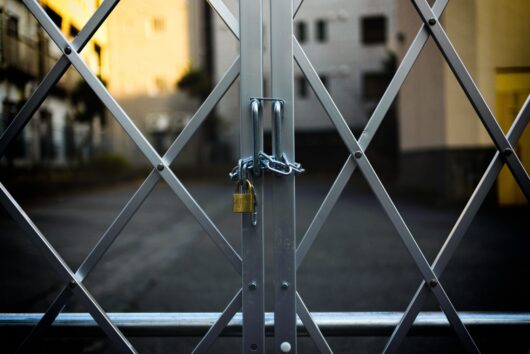 How we keep your personal information safe at Luno

We take your privacy and security seriously. December 21, 2020 · 3 minute read

Solana sets itself apart from other similar smart contract platforms by focusing on being faster and more cost-effective. 2 minute read