This week has seen much chatter about crypto’s future in relation to government regulation, interesting power plays from Ripple and, of course, cringe-worthy Valentine’s Day crypto-related puns. Hodl onto your hats (or your lover) as we get into the week’s top stories.

Democratic presidential candidate and crypto advocate, Andrew Yang ended his bid for the 2020 election after failing to resonate with voters. Yang is well known for his pragmatic and progressive stance on universal basic income and promoting nationwide crypto regulations as opposed to cumbersome state-by-state policies.

On his website, he explains the pitfalls of the current burdensome and complex landscape of crypto-related regulations: “Currently, different departments of the federal government consider digital assets as property, commodities, or securities. Some states have onerous regulations in the space, such as NY’s BitLicense. Navigating this has had a chilling effect on the US digital asset market. It’s time for the federal government to create clear guidelines as to how cryptocurrencies/digital asset markets will be treated and regulated.”

Despite his announcement, he maintained he’ll be back and we can only hope next time voters are ready to embrace a different kind of political narrative, geared for the future.

Wednesday saw the United States Senate hearing over the 2021 budget, where Senator Maggie Hassan (D-NH) raised an important question pertaining to cryptocurrency: “How will the Treasury’s proposed budget increase in monitoring cryptocurrency transactions and prosecuting terrorists and other criminal organisations financing illicit activities with cryptocurrency?”

Secretary of the Treasury, Steven Mnuchin responded: “…we’re about to roll out some significant new requirements at FinCEN [Financial Crimes Enforcement Network]. We want to make sure that technology moves forward but on the other hand, we want to make sure that cryptocurrencies aren’t used for the equivalent of old Swiss secret number bank accounts.”

It’ll be interesting to see what these significant requirements encompass and whether or not they actually work.

The Blockchain Education Alliance is part of MouseBelt’s university program, an initiative looking to train the future generation of blockchain developers in more than 80 student associations across the globe. The association and its members share a forward-thinking mindset in that education is the primary and most important investment towards shaping inspired developers and innovative projects.

Warren Paul Anderson, head of developer relations at Ripple’s Xpring, a division providing tools and funding for developers and startups working with XRP, enthused that joining the alliance gave them the opportunity to prepare prospective developers with the adequate skills and resources: “MouseBelt’s mission to promote blockchain technology at the curriculum level within universities is directly aligned with that of Xpring.”

A great win for the industry.

A Ripple representative confirmed rumours that the company is partnering with the National Bank of Egypt (NBE), marking the first time an Egyptian bank has joined forces with a crypto payments company. The bank stated that it aims to grow its remittance-related business in Arab Gulf states, and with countries across the globe.

The Middle East and North Africa’s cross-border remittance market has grown exponentially, reaching $62 billion in 2018. The Arab Republic of Egypt accounted for $29 billion of the total figure according to a 2019 World Bank report.

Spain’s prominent football club, FC Barcelona has joined the growing list of football clubs to create their own token, giving voting power to their “over 300 million” global fans. The club partnered with sports-focused blockchain startup Chiliz to launch the Barca Fan Token (BAR), which is expected to launch in the second quarter of 2020.

Josep Pont, board member and head of commercial area at FC Barcelona announced that “this agreement will give us the chance to set up innovative marketing and partnership activations with a clear focus on the digital realm to take the Club closer to our fans around the world.”

The BAR token will be priced at €2 apiece and there will be a total supply of 40 million. Fans are able to purchase the token via the Socios and Chiliz apps. The token affords fans the opportunity to cast votes on certain club decisions, which will be announced at a later stage. This move widens Chiliz’s expansion into the sports token game. They also, along with Socios, partnered with Cristiano Ronaldo’s football club, Juventus late last year.

Who’s next? Let us know your predictions on Twitter.

Forbes Fintech top 50: 6 are in blockchain

Forbes released their Fintech 50 list earlier this week, and six of the 50 companies are blockchain-related. Under the “Blockchain and Bitcoin” category tag, Forbes listed Axoni, Chainalysis, Coinbase, Everledger, MakerDao and Ripple amongst its top 50 in fintech for 2020.

Crypto exchange, Coinbase topped the list with the most funding at a jawdropping $525 million. Ripple came in second place with $293 million. Forbes noted the lack of diversity in the listed companies, as they all share similarities with regards to shareholding, location and services. “A couple things all our Fintech 50 2020 picks have in common: they’re private companies with operations or customers in the U.S., and they’re making it easier, faster and cheaper to use financial services.”

Who will ₿ your valentine?

Struggling to choose the perfect gift for your special someone? Avoid the queues and gag-inducing Valentines Day decorations–give the gift of Bitcoin instead. Or, at least, tell us who’s on your mind, on Twitter.

#cryptolove is in the air ?

Who will ₿ your valentine? pic.twitter.com/CNnQ9ISiWF Last week in crypto: Sony announces its investment in the metaverse amid praise for the technology, Fed survey results reveal state of US crypto adoption and Mastercard exec outlines steps for crypto to become mainstream. May 30, 2022 · 2 minute read 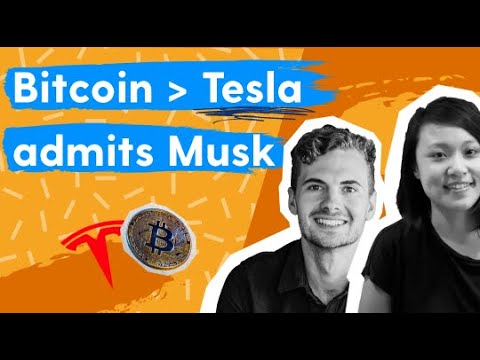 Check out our video roundup of all the biggest headlines over the last fortnight. May 7, 2020 · 1 minute read This week's retrospective of all the latest goings-on in the crypto markets, featuring an overview of price movements, a look at the fundamentals, and the impact of other major events that have taken place over the last week. July 15, 2020 · 3 minute read