It’s been anything but quiet this week in the cryptosphere. We’ve seen major movements from some of the world’s most prominent economies, an innovative solution to the climate change crisis, and closure on Peter Schiff’s embarrassing password mishap. Let’s dive straight in for all that and more.

Vodafone has become the eighth company to say adios to Facebook’s crypto project, Libra. They join a growing list of leavers that includes Mastercard, Visa, Stripe, and eBay.

Vodafone reported they’re still “fully committed to making a genuine contribution to extending financial inclusion”, detailing plans to shift their focus to M-Pesa, a mobile money platform wildly popular in Kenya and other parts of Africa.

The latest departure casts a shadow of doubt over Libra’s ability to launch in the first half of 2020, though a spokesman for the association was confident they would move forward. Dante Disparte, head of policy and communications for the Libra Association, said: “Although the makeup of the Association members may change over time, the design of Libra’s governance and technology ensures the Libra payment system will remain resilient”.

There are, however, also more developments taking shape around Central Bank Digital Currencies (CBDCs), which could provide more competition for Libra…

The central banks of Sweden, Canada, Switzerland, the UK and Japan, along with the European Central Bank (ECB) and the Bank of International Settlements (BIS), announced that they are joining forces to assess the “economic, functional and technical design choices, including cross-border interoperability” of CBDCs.

The group will also reportedly work closely alongside the Committee on Payments and Market Infrastructures (CPMI), an international standard-setter for payments and clearing, and the Financial Stability Board (FSB), a recommendations body for the global financial system.

A number of countries have started developing or have even implemented their own digital currencies, with some speculating that Libra’s announcement in September last year accelerated the push. Bank of England (BoE) Governor Mark Carney has even speculated that a digital currency alternative could replace the US Dollar as the global reserve currency.

For more on CBDCs and how they work.

If there aren’t already a plethora of brilliant blockchain use cases, this one’s coming in the nick of time.

Hyperledger, the umbrella project of open-source blockchains and related tools, made an exciting announcement at Davos: the launch of a new working group called the Hyperledger Climate Action and Accounting Special Interest Group (SIG).

Anticipated as the first of its kind, the group will allow participants to share research and findings on how distributed ledger technology (DLT) can aid governments and companies in a coordinated effort to reduce global emissions.

According to the wiki on Hyperledger’s website: “Hyperledger’s ecosystem and DLTs are central to the creation of a global and open climate accounting system that helps integrate all actors and actions under the same planetary goal. The Hyperledger frameworks and the Linux Foundation’s know-how and team supporting them are essential for the development and function of an open source and decentralized climate accountability network that both operationalizes transparency (i.e. Article 13 of the Paris Accord) whilst enhancing actor’s personal privacy, security, and control.”

This is a brilliant move and a great showcasing of how technology can be leveraged to make the world an organised and better place for all. There’s not much point developing use cases for blockchain or any other tech if our planet ceases to exist.

The US Patent and Trademark Office has granted payments services provider, Square, a patent for a payments system that allows users holding different asset types to transact with one another in real-time. The network will automatically exchange the sender’s payment into the asset specified by the receiver.

The system circumvents one of crypto’s biggest issues as a payments solution: volatility. This is particularly good news for the retail sector, as merchants wouldn’t want to be paid in a currency that could fluctuate vastly within the time it takes for the payment to clear. Essentially, consumers could pay in whatever asset they prefer, and merchants could receive the full value of that payment in the asset of their choosing.

For now, Square’s staying laser-focused on Bitcoin, with founder Jack Dorsey even going as far as to speculate that Bitcoin could become the native currency for the internet.

A sigh of relief as we come full circle with nocoiner Peter Schiff’s saga. Earlier this week, we reported on Schiff’s Twitter meltdown as he lambasted the cryptocurrency for being too secure when he thought he’d lost access to his wallet after an update.

My #Bitcoin mystery is solved. I mistook my pin for my password. When Blockchain updated their app I got logged out. I tired logging back in using my pin, which was the only “password” I had ever known or used. I also never had a copy of my seed phrase. Honest but costly mistake!

The crypto community came together in full force, pointing out the irony in Schiff’s stance on Bitcoin and his job as an investor managing other peoples’ funds. It hurts to say, but Schiff’s blunder does highlight something there needs to be greater awareness around. Ethereum co-founder Vitalik Buterin commented that developers “can and should create better wallet tech to make security easier.”

The alternative to managing your own wallet, especially if you’re unsure about how it works, is to make use of third parties wallet providers, like Luno, that take care of the details for you. And do so securely. 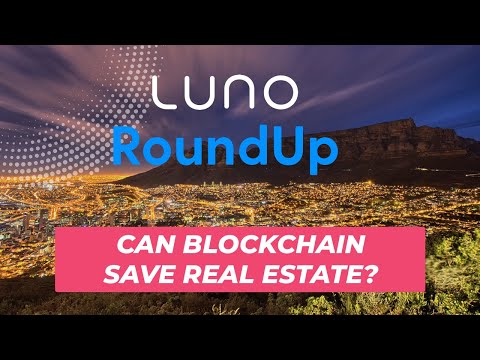 Get your latest crypto news fix with this edition of our crypto news RoundUp. March 13, 2019 · 4 minute read The week in review: Institutional investment demand for bitcoin soars A new bill being considered in the Indian government has triggered a cryptocurrency sell-off. November 24, 2021 · 1 minute read