Weekend Recap: Is Goldman Sachs warming up to Bitcoin?

Africa’s crypto adoption soars, Reddit’s co-founder believes we’re headed for a “crypto spring”,  and a leaked invite to Goldman Sachs Bitcoin-centric conference call has kicked off the week on an exciting note. Let’s dive in on the latest headlines from this weekend.

Alexis Ohanian, Reddit co-founder and executive chairman, believes we’re in for a “crypto spring” for technology and product development.

Ohanian, also an early VC investor in Coinbase, told Yahoo! Finance on Friday: “What I can say is we really do see a crypto spring right now in terms of top-tier engineers, product developers, designers, building real solutions on top of the blockchain. And that to me is the most interesting part”. He continued, “We’re seeing really top-tier talent building on the infrastructure”.

Ohanian revealed he has held “a percentage of [his] wealth in crypto for quite some time now, adding, “I still feel pretty good about it, I don’t want to change much of it”. He also went on to describe crypto assets as a “prudent hedge”, exclaiming “it’s interesting to see OGs of Wall Street now getting into crypto and buying Bitcoin. It’s increasingly showing that it’s here to stay”.

Reddit is in the process of testing an Ethereum-based solution for rewarding content creation on its platform. Two subreddits, one for the popular game Fortnite and another focused on cryptocurrency, are testing token-based “Community Points”. The points are managed through a user’s Vault, which is essentially an Ethereum wallet for the rewards tokens.

The tokens are in beta and will be in testing for the next few months in 2020. On its Vault explainer page, Reddit wrote that “the smart contracts and mobile apps have been reviewed and audited by Trail of Bits, an independent security firm with blockchain expertise”.

According to a Reddit spokesperson, “We continuously run experiments to explore features that engage our users and communities. With Community Points, we’re working exclusively with two communities to test this feature and gather feedback from our users”.

A recent report by Arcane Research, in partnership with Luno, found that Uganda, Nigeria, South Africa, Ghana, and Kenya are frequently among the top 10 countries by Google searches for the word “Bitcoin”.

The report summarises that “the potential [for crypto adoption] is enormous, the growth is rapid, and the development is likely to become defining for the cryptocurrency industry going forward.” It also adds that Africa’s young population, frequent monetary crises and currency failures, large unbanked populations and expensive means of payment are all propelling crypto to mass adoption.

In the past week, South Africa posted its second-strongest weekly volume on P2P Bitcoin marketplace, Localbitcoins, with a BTC trade volume of nearly $1.65 million. Last month, South Africa’s financial regulator issued a policy document indicating that crypto-assets and activities relating to virtual currencies “can no longer remain outside of the regulatory perimeter”.

P2P volumes are on the rise in Africa; in Nigeria, P2P trade rallied to record highs, producing $9.2 million in combined weekly trade. In Kenya, Lobalbitcoins trade between BTC and the Kenyan Shilling produced its second-strongest week on record for the third consecutive time. The increase in volume throughout Africa has been P2P volume from Sub-Saharan Africa outweighing Latin America for the first time ever.

The report notes that “Africa is one of, if not the most promising region for the adoption of cryptocurrencies”.

According to a report from ChainNews, on Thursday a political proposal detailing a “Cross-Border Digital Stable Currency in Hong Kong” emerged out of China. The concept bears some similarities to Libra’s digital currency project in that it proposes a basket currency made up of the Chinese renminbi, Japanese yen, Korean won and Hong Kong dollar.

Similar to Libra, the project would involve a reserve system to safeguard the funds. The proposed stablecoin will be private but supervised by the People’s Bank of China (PBoC) and the Hong Kong Monetary Authority (HKMA).

The proposal is sponsored by Shen Nanpeng, the founding and managing partner of Sequoia Capital in China, who also appears on the National Committee of the Chinese People’s Political Consultative Conference (CPPCC). The CPPCC is a political advisory body, made up of Communist Party members and other influential figures. Importantly, the original stablecoin idea came from Chen Dalin, the former president of the HKMA.

Notably, the Asian stablecoin could drastically reduce usage of the US Dollar. A recent study showed that as of 2018, almost 50% of Japanese exports to Asia were denominated in the US Dollar. Based on World Bank figures, together the three countries accounted for 23.5% of 2018 global GDP (20.6% adjusted for Purchasing Power Parity).

What could this project mean for the global financial system? Let us know your thoughts on Twitter.

Is Goldman Sachs warming up to Bitcoin?

“Another day, another doll”–institutional investment firm looking to crypto. The multinational investment bank, Goldman Sachs, is set to host a conference call to discuss Bitcoin, gold and inflation. Exactly what’s on the agenda isn’t clear, but the mammoth entity looks to be the latest Wall Street firm to acknowledge crypto’s importance.

According to an invitation to the call, the event, named “US Economic Outlook & Implications of Current Policies for Inflation, Gold, and Bitcoin” is set to take place on 27 May. Without confirmed detail on the content of the call, speculation suggests the bank plans to discuss the effects that the extraordinary COVID-19-induced fiscal and monetary policies have had on Bitcoin and gold.

(Above: Screenshot from the Goldman Sachs conference call invitation)

Numerous experts have warned the excessive “money printing” could have disastrous lasting effects on the US and global economies. Recently, well-known macroeconomic investor Paul Tudor Jones announced he’s buying Bitcoin as a hedge against these potentially adverse effects.

The conference call’s invitation reveals that Sharmin Mossavar-Rahmani, Goldman Sach’s Chief Investment Officer, will host the call. Could this indicate a change of heart for the executive? In 2018, Mossavar-Rahmani said “cryptocurrencies would not retain value” and that its declines would not affect traditional financial assets due to their small value. A report from the bank at the time classified Bitcoin as “neither a medium of exchange, nor a unit of measurement, nor a store of value”.

The call’s announcement comes shortly after JPMorgan’s decision to accept two popular US cryptocurrency exchanges, Coinbase and Gemini, as customers.

We’ll have to wait and see what goes down in the highly-anticipated conference call.

Iran’s President Hassan Rouhani told the press last week that the country needs to spur a cryptocurrency mining strategy to elevate economic prosperity amid US sanctions. Regional news outlet Arzdigital claims Rouhani has told his administration to begin drafting a crypto mining strategy for Iran as soon as possible.

Rouhani announced that the energy department, the country’s central bank and the finance minister need to come up with a policy that invites Bitcoin miners to the space. This comes after Iran recognised cryptocurrency mining operations as an official industry in 2019. Iranian officials have been issuing licenses to farms willing to cooperate with the Iranian government.

In January 2020, Iranian lawmakers reportedly licensed over 1,000 mining operations in the country. In the summer of 2019, Iran represented 2% of the Bitcoin network’s entire global hashrate. Since then, recent migration has added 2% to the original hashrate value, closing in at 4%.

Data indicates mining farms in Iran are paying as little as $0.01 to $0.05 for hourly kilowatt rates. 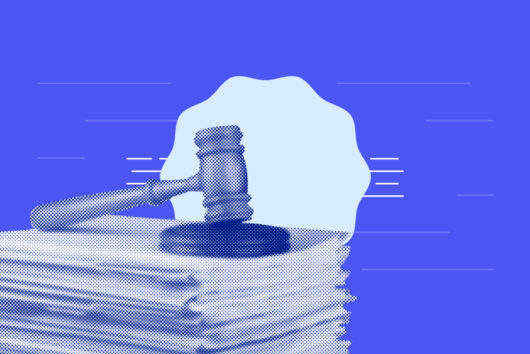 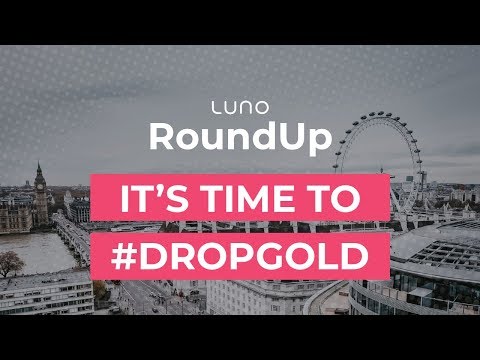 Crypto news this week – 9 May