The Bitcoin price is determined by the age-old economic principle of supply and demand.

Supply and demand applies to virtually every asset and good – be it gold, property, currencies or cryptocurrencies. Bitcoin is special, though, because its supply is ‘programmed in’. Therefore, it’s entirely predictable. This can be contrasted with government-issued currencies, the supply of which can be influenced by central banks when they think it’s the right thing to do. This means Bitcoin’s price is primarily dictated by demand. In other words, the more people and companies that want to buy Bitcoin, the higher the price, and vice versa.

Demand for Bitcoin is influenced by a variety of factors and events unique to crypto, whether that’s a positive tweet from an influential figure pushing it up or new regulation restricting its sale bringing it down. Think of it like the price of a football player. If they play well, everyone will want to buy them and this will push the price up as people compete and outbid one another. If they start to get injured a lot, less people will want to buy them and demand will go down, potentially causing the price to fall.

As the market grows and education around Bitcoin and cryptocurrency improves, it is expected that these events will have less of a severe impact on the price as demand will be less easily influenced. 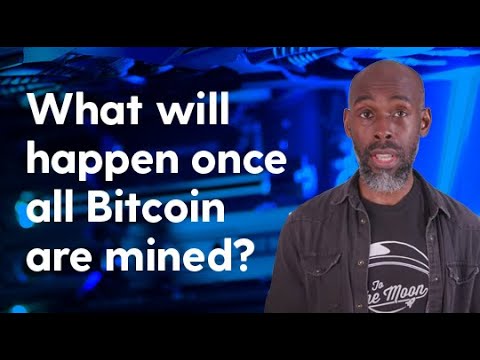 Bitcoins are created as rewards granted to miners for solving blocks in the Bitcoin blockchain, thereby ensuring its security. May 22, 2021 · 1 minute read