What is MMM Global?

Team Luno
April 14, 2016 · 3 minute read
Update: there have been reports (Financial Times link – free article, but login required) of some local chapters of MMM Global collapsing and Sergei Mavrodi being in hiding. We expect some of them to keep running for a while, rebranding, but will in all probability be collapsing soon globally.

The large and growing international Ponzi scheme, known as MMM Global has piqued the interest of governments, regulators and sadly individuals, primarily those from developing nations.

Here’s some insight on the scam, also known as MMM Global, MMM South Africa, MMM Malaysia, but which I’ll only call “MMM” for the purposes of this post.

The original MMM was one of the largest Ponzi schemes of all time, orchestrated by convicted fraudster Sergei Mavrodi. The scheme collapsed in the 1990’s with estimates ranging between 5-40 million people losing up to US$ 10 billion.

The scheme resurfaced in a few emerging markets (notably South Africa, India, the Philippines and Malaysia) in 2015, promising investor returns of up to 100% per month.

What does MMM do?

MMM claims to just be “a community of people providing each other financial help” and they’re fast to defend that they’re not an multi-level marketing (MLM) or high-yield investment program (HYIP).

They use poetic language about selflessness, helping others and destroying the world’s unjust financial system, which probably strike a chord with their target audience and users who fall victim to Ponzi schemes.

What is a Ponzi scheme?

A Ponzi scheme is a fraudulent investment scheme whereby the scheme pays money to existing investors from contributions by new investors.

Things usually collapse when investments slow down, since the scheme won’t have capital to pay existing investors. That usually triggers a panic, where all investors suddenly ask for their investments (and promised gains) and they realise that there is nothing that will get paid out to them.

How popular is MMM?

It’s difficult to gauge these things, as most reported numbers should be taken with a grain of salt, but the social media followers on Facebook and recorded testimonials on YouTube are staggering.

Some light Googling will reveal seminars and recruitment events in lots of countries –South Africa, Malaysia, the Philippines, among many other places.

A very useful number in seeing the popularity of an item is to look at how frequently it is searched for on Google. Doing a quick search using Google’s keyword planner, you can see that the phrase “MMM” only had about 1900 monthly searches on Google South Africa a year ago.
Twelve months later, that has skyrocketed to over 1.2 million searches.

How do people make payments to MMM Global?

We suspect that most of the payments (or “giving help”, as it is called by them) are done with cash, due to its untraceable nature.

We also noticed a spike in attempts using Bitcoin over the past few months, and for those using Luno, have either warned or blocked users who tried to facilitate these types of payments, based on a combination of certain keywords, suspicious bitcoin addresses and so forth. I’m also happy to note that the amount of payment attempts via Bitcoin has dropped significantly. This might have to do with the traceable nature of Bitcoin, one of the reasons it is a very bad vehicle for things like this, but hopefully partly to do with our efforts to curb these payments.

So, you’ve “invested” in MMM and want to get your money back? By the time you’re reading this, it might sadly already be too late.

There are already many reports of users who can’t log into their MMM accounts (where they “give help” and “request help”) with some MMM-related social media pages that have closed down, confirming our suspicions of it being a Ponzi scheme.

If you’re unsuccessful in getting your funds back, consider filing a report with the relevant authorities. Also, be mindful of future scams and warn others who might fall victim to this sort of thing.

Sadly, this isn’t the first type of investment scam of its type, and it certainly won’t be the last. MMM follows in the wake of similar scams (Kipi and Mydeposit come to mind) and as long as there are scammers who can keep convincing people of sky-high returns on their investments, we’ll see more of this.
Our advice is that if it sounds too good to be true, it probably is. We’ll keep monitoring the situation and try to do our part to help keep the payments space clean of these sorts of things. 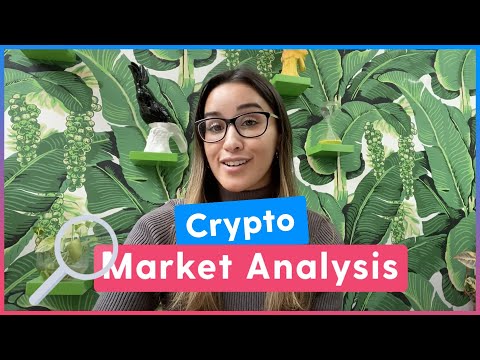 This week's retrospective of all the latest goings-on in the crypto markets, featuring an overview of price movements, a look at the fundamentals, and the impact of other major events that have taken place over the last week. May 27, 2020 · 4 minute read Trending

How South Africans use Bitcoin

Did you know that in emerging market countries, such as South Africa, up to 90% of payments are still cash based? However, due to its many advantages over cash –such as safety and speed– Bitcoin interest and adoption in South. April 25, 2017 · 1 minute read How do I keep my Ether safe?