The “Bitcoin is a Ponzi” myth is a persistent one but it’s worth taking a look at the true Ponzi schemes of the past while picking the nits at the centre of this argument to dispel these misgivings about Bitcoin.

First up, what is a Ponzi scheme?

Ponzi schemes were made famous in the 1920s by businessman and schemer Charles Ponzi, who swindled US investors by promising returns of more than 50% through a supposedly lucrative mail coupon arbitrage scheme.

As such, a Ponzi scheme is a fraudulent investment scheme based on the lie of an often fictitious investment or product that will supposedly make investors huge profits with little risk attached to it. The scheme’s founder(s) enrich themselves by stealing investor money and then paying dividends to investors using other investors’ money that was also lured into the scheme. It’s a classic case of dipping into the cookie jar, in this case, made worse because there’s no underlying product or investment in the first place.

Probably the most infamous and largest Ponzi scheme in history was masterminded by Bernie Madhoff, who scooped roughly $65 billion dollars of investor money into his pockets from around 1990 up until his arrest in 2008. Some say the amount was way more and that the scheme was operating from as early as the 1970s, although Madhoff denied these allegations.

Madhoff guaranteed spectacular returns from equity investments but instead of paying investors with profits earned, he used new investor money to pay returns promised to earlier investors. In other words, robbing Peter to pay Paul.

A Ponzi scheme usually collapses when investors start withdrawing funds and new investors start dwindling as there’s no way to pay the guaranteed returns, but Madoff managed to keep this house of cards standing for more than two decades, and it may have gone on for longer if it wasn’t for the 2008 financial crisis that caused investors to panic and attempt to liquidate their investments. But how did he do it?

Madhoff was able to evade authorities and win the confidence of investors due to his influence on Wall Street and the Securities and Exchange Commission (SEC). He ran his own leading investment brokerage firm, sat on the National Association of Securities Dealers and was an advisor to the Securities and Exchange Commission (SEC). He even helped launch the Nasdaq stock exchange. It’s no wonder that investors trusted him with their life savings.

The crypto space is certainly not immune to crooked practices. Perhaps the biggest rug pull and Ponzi the crypto industry has ever seen was the Onecoin saga in 2017.

The company was launched in 2014 by former McKinsey employee Ruja Ignatova. The self-proclaimed Cryptoqueen and a few close to her raked in billions of dollars before it surfaced that Onecoin’s value was a figment of Ignatova’s imagination, meaning the coins, or tokens, didn’t actually exist. The protocol had no blockchain or any other type of ledger that tracked the sale of Onecoins, but she disappeared in 2017 before investigators could make an arrest and remains a fugitive to this day.

Back to Bitcoin, is it a Ponzi?

As Jacob Franek, co-founder of Coin Metrics, notes, there are gaping holes in the comparison between Bitcoin and a Ponzi scheme.

Ponzi schemes have no free-floating price mechanism and earlier investors in these schemes profit at the expense of later investors. Conversely, Bitcoin investors can cash out at any time and profits or losses are a result of market sentiment.

Satoshi Nakamoto was upfront about Bitcoin. “Satoshi showed the world how to do it first with a white paper months in advance, and then put the project out there in an open source way on the first day of spendable coins being generated,” Schwartzer explains.

The Bitcoin blockchain is public, transparent, verifiable, auditable and analyzable, as investment strategist Lynn Alder Schwartzer explains. “Firms can do analytics of the entire blockchain and see which Bitcoins are moving or remaining in place in various addresses.” In this sense, Bitcoin is not only transparent but anti-secretive.

One of the key arguments for Bitcoin being a Ponzi is that if everyone had to stop buying and selling Bitcoin it would slowly grind to a halt, which is true in a sense, but this doesn’t make it a Ponzi, it just means that as an asset it behaves more like a commodity than a company stock. “By this logic, gold is a 5,000-year-old Ponzi scheme,” Schwartzer says. “The vast majority of gold’s usage is not for industry; it’s for storing and displaying wealth. It produces no cash flows, and is only worth what someone else will pay for it. If peoples’ jewellery tastes change, and if people no longer view gold as an optimal store of value, its network effect could diminish,” she explains.

Bitcoin is unique in its properties and varies from gold in a few distinctive ways, but just like gold and other commodities, Bitcoin relies on the network effect in that people need to believe in Bitcoin as an asset that holds its value over time. This doesn’t mean it’s a Ponzi. “Prospective investors can analyse the metrics of Bitcoin’s network effect, and determine for themselves the risk/reward of buying into it,” says Schwartzer. “It’s a network effect that competes with existing network effects, especially the global banking system.”

Before investing in any cryptocurrency, it is essential to do your own research. Read more about safe practices here. For all, you need to know about Bitcoin and how it works, visit our learning portal here. Why the crypto price differs around the world 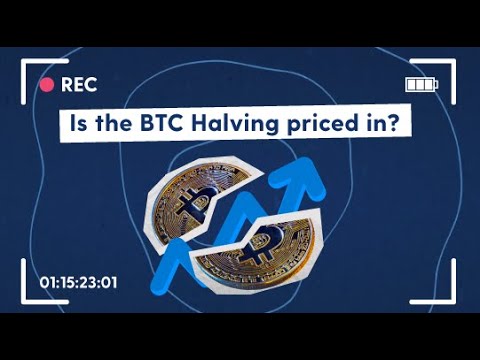 The halving is a massive event in the Bitcoin calendar, but there's still a lot of misinformation out there. May 7, 2020 · 4 minute read 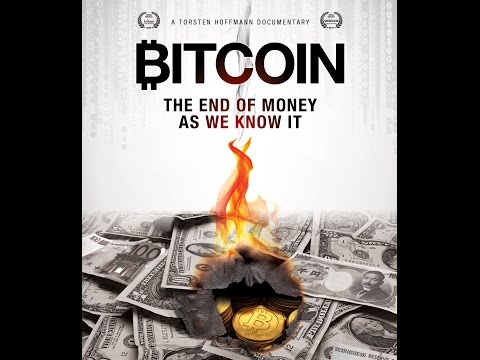 Stuck for things to do indoors? We've collated some of the best crypto content out there – whether it's a book to read, a virtual blockchain event, or a Bitcoin documentary. February 23, 2020 · 6 minute read