There is a common misconception that you need to buy a whole Bitcoin to own one. The simple truth is that you don’t – you can just buy a fraction of one. Think of it like a pizza. You can buy a whole one (or two, or five) if you want, but you can also just buy a single slice of pizza if you’re not that hungry.

Bitcoin units of measurement follow the International System of Units, a global measurement standard used for centuries. The most commonly used units are “bitcoin”, but sometimes it’s expressed in bits, satoshis and other ways. Essentially, Bitcoin is like any other currency. Local currencies break down into pieces: pounds break down into pence, dollars and euros into cents, and so on. One Bitcoin divides into 1,000 millibitcoins (mBTC), 1,000,000 microbitcoins (μBTC), or 100,000,000 satoshis. At the moment most Bitcoin platforms —including Luno— only use Bitcoin as a unit of measurement: e.g. 1 BTC, 0.0023 BTC and so on.

Exchanges enable you to buy cryptocurrencies with a specific amount of your local currency. So if you want to spend $1000 and the price of Bitcoin is $10,000, you’ll get 0.1 Bitcoin. Or you can say 10 million satoshis, if it makes you feel richer. Alternatively, you can specify the amount of cryptocurrency you want to buy – you’ll be given a price in local currency that you’ll have to pay.

The price of Bitcoin has risen over the past few years. As the value of one Bitcoin has increased, people have had to start using smaller units for the currency to be useful for day to day transactions. Breaking it down into smaller units keeps Bitcoin usable as the price rises. When it was worth next to nothing, people might use hundreds or even thousands of Bitcoin for a single transaction. Now it’s standard to use just a tiny part. 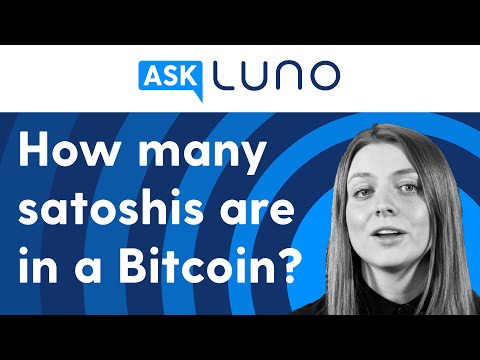 Can you trace a Bitcoin address?

Bitcoin is pseudo-anonymous, addresses can be traced. December 21, 2020 · 2 minute read