After another week of limited price movement, you’d be forgiven for thinking bitcoin has gotten boring. But that couldn’t be further from the truth. We had big retail adoption, more news from South America, and yet another historical NFT.

There was a lot of excitement in crypto last week. Here are our picks of the biggest stories to come from it.

Use of crypto on the rise, says Visa

Visa’s crypto-related cards saw a billion dollars of spending activity in the first half of 2021, the payments giant announced on Wednesday.

The results came as Bitcoin hit an all-time high of $64,000, with retail investors flooding into the market. It also indicates that people aren’t seeing crypto simply as an investment, but are starting to use it in their daily lives.

Visa CFO Vasant Prabhu explained that people are beginning to take action over their curiosity for crypto and are, “exploring ways in which they can use cryptocurrencies for things they would use normal currencies for.”

Looking at the stats, Prabhu believes the future is looking bright:

“We see a lot of volume on our [network] of people buying crypto currencies at these various regulated exchanges and as far as we can see, that trend continues.”

According to Visa’s competitor Mastercard, 93% of North American consumers plan to use cryptocurrency in the coming year. Could another billion dollars be racked up by the end of 2021?

Argentina next to look at bitcoin?

Is Argentina set to join the slew of Central and South American countries looking to legislate for bitcoin?

According to Ramón, the move is a hedge against inflation, which currently sees Argentina’s peso currency suffering from 50% year-on-year inflation.

The bill also aims to give more power to employees, affording them the “absolute” decision on accepting, rejecting, or modifying the way they collect their salaries. Furthermore, it also clarifies what the employer’s obligations are in the payment process, saying they will have to bear the costs of the transfer of the cryptocurrencies.

IBM’s Food Trust network is set to use blockchain to verify information on the supply chains among farmers and buyers of coffee and cocoa in Honduras.

Their coffee and cocoa industry is notorious for poor profit equity, with small-scale coffee farmers operating at an average 46%-59% loss and reaping less than 1% of the profits from a cup of coffee sold.

IBM’s Food Trust aims to change this by capturing useful data on their blockchain, like how the beans were cleaned, dried and roasted under the framework of Fair Trade coffee regulations.

In order to trace beans along the supply chain, users access IBM’s private blockchain on which Food Trust is built. Using this software, users can securely upload data onto the network for corporate buyers to view and understand the prices of the goods sold.

“When the people drinking our coffee know where it comes from, the farmers in our cooperative benefit,” said Copranil Vice President Jorge Lopez. “Food Trust can help our network of farmers command a better premium for their beans, and potentially improve their livelihoods.”

Another A-lister, another NFT

Oscar winner Anthony Hopkins is the latest celebrity to hop on the NFT bandwagon, with his new movie “Zero Contact” poised to become the world’s first NFT feature film. It will debut on Vuele, a recently launched viewing and distribution platform for non-fungible tokens (NFTs).

The film’s producer and director, Rick Dugdale explained that “Vuele will have four or five ‘drops’ of Zero Contact with the first likely in late July – early August. They’ll include the film, plus extras still to be determined that would vary from token to token to create different price points.”

Zero Contact follows “five characters around the world connected only by their devotion to tech titan Finley Hart (Hopkins). They are forced to work together to shut down Hart’s secret invention, a machine that is either the solution to mankind’s problems or the end of life on earth.”

NFTs continue to be this year’s premium crypto use case, but is this the peak or just the beginning? 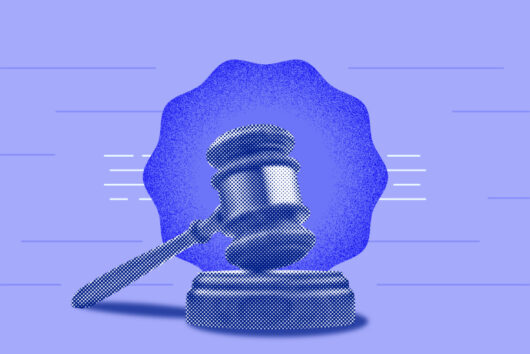