PayPal continues its foray into the crypto space with its Checkout with Crypto feature, The Weeknd joins a growing list of artists auctioning work as NFTs, and Goldman Sachs formally announce plans to offer crypto exposure to certain clients in Q2 this year. It’s all happening, catch up on last week’s main headlines below.

PayPal launches ‘Checkout with Crypto’ for US customers

Payments giant Paypal has officially launched Checkout with Crypto, allowing its US customers to pay merchants in cryptocurrency.

PayPal CEO Dan Schulman told Reuters: “This is the first time you can seamlessly use cryptocurrencies in the same way as a credit card or a debit card inside your PayPal wallet.”

Checkout with Crypto will allow those holding crypto on PayPal to spend it with all 29 million of the platform’s merchants. The supported cryptocurrencies include Bitcoin, Bitcoin Cash, Ethereum and Litecoin.

Shulman explained that the company would be converting the crypto to fiat for the actual payment: “We think it is a transitional point where cryptocurrencies move from being predominantly an asset class that you buy, hold and or sell to now becoming a legitimate funding source to make transactions in the real world at millions of merchants.”

PayPal won’t be charging their customers for swapping crypto to make the payment. But there will be a conversion spread that could see it swapping the crypto at a lower-than-market rate and pocketing the difference.

The mania around NFTs continues and more recently, everyone from The Weeknd to Ashton Kutsher has been getting involved.

The sector is booming and shows no signs of slowing anytime soon – in February alone, the top three NFT marketplaces registered $342 million in trading volume. That’s more than the whole of 2020. Here’s the low-down.

The LA-based startup is putting $1 million behind “NFTs: The Pitch”, a behind-closed-doors virtual competition currently taking applications for a pitch session to be held on 21 April. Billionaire and Dallas Mavericks investor Mark Cuban and rapper Snoop Dogg, who also recently created his own NFT, will serve as judges alongside Kushter and Oseary, as well as a few others.

Sound Venture’s NFT page says the competition is open to “anyone around the world who is innovating with NFTs whether it’s just an idea or a product in market.” The FAQs reveal that applicants should consider themselves in for the long-haul, too: “Those applying should be interested in building a company over the long-term.”

Can’t afford to buy your own NFT? Well if you’re in Miami, you’re in luck as you’ll be able to see a whole bunch around the city as part of a month-long exhibition titled Pixelated.

CryptoPunks, one of the most popular and expensive NFTs, will be billboarded all over the city as of next week thanks to a partnership with SaveArtSpace, a nonprofit that launches art exhibitions in the place of advertisements. If you’re in Miami, tweet us a pic of any of the 96 of the Ethereum-based digital characters that will be on show!

Grammy-winning Canadian artist The Weeknd released his NFT collection on Saturday via NFT platform Nifty Gateway for one day only.

Excited to announce that my first NFT drop is taking place on Saturday at 2:00 pm EST on @niftygateway. The collection will feature new music and limited edition art. I developed the artwork with Strange Loop Studios pic.twitter.com/627BO4JekK

The sale included an unreleased song accompanied by artwork he co-created with Strangeloop Studios, which creates concert visuals for his shows and the likes of Kendrick Lamar. It also included unlimited editions of three shorter clips with accompanying visuals.

The Satoshi, a cruise ship once intended to be a floating home for Bitcoin nomads, could finally set sail again following new ownership.

The Satoshi arrived in Bar City in Montenegro a week ago, after having narrowly escaped a more sinister fate at a ship scrapyard in India. The vessel has now been sold to new unknown owners for a price of $12 million.

Formerly known as Pacific Dawn, the 804-foot ship built in 1991, was sold to a company called Ocean Builders in October 2020. The group planned to turn it into a crypto-themed tech hub anchored in the Gulf of Panama, but it never came to fruition because of insurance-related concerns. At the same time, the ship was also arrested by Panamanian authorities.

But now with new ownership, it’s possible the ambitious aspirations of creating a floating, crypto-centric community could come to be.

Goldman Sachs is inching closer to offering its first investment offerings for bitcoin and other digital assets to clients of its private wealth management group.

According to Mary Rich, global head of digital assets for the bank’s private wealth management division, the banking giant is looking to offer a “full spectrum” of investments across crypto, “whether that’s through the physical Bitcoin, derivatives or traditional investment vehicles.”

She added that the bank’s clients have been eagerly waiting to get involved, saying some “feel like we’re sitting at the dawn of a new internet in some ways and are looking for ways to participate in this space.”

The pandemic has undoubtedly had a hand in spurring global demand for alternative assets, she claimed, noting that: “There’s a contingent of clients who are looking to this asset as a hedge against inflation, and the macro backdrop over the past year has certainly played into that.”

Goldman Sachs joins a growing list of traditional finance giants who’ve either shown interest or, in the case of Morgan Stanley, are actively offering clients exposure to digital assets.

Rich also added: “We’re still in the very nascent stages of this ecosystem and no one knows exactly how it will evolve or what shape it will be. But I think it’s fairly safe to expect it will be part of our future.”

Teletubbies prank the community with “TubbyCoin” (for a good cause)

Last Wednesday, Teletubbies teased their fans with a tweet featuring the bitcoin hashtag and an image of two of the show’s stars with laser eyes.

Eh-Oh…what could the Teletubbies be possibly hiding from us? Stay tuned for something BIG this week. ? #Bitcoin pic.twitter.com/fJ2NBXsENx

Last Thursday, the show revealed the creation of a TubbyCoin token made with “special HugTech”. Could it be an NFT? Not quite. Nevertheless, the social media campaign did leave us with a warm fuzzy feeling as it was announced the intention was to raise money for charity.

Michael Riley, Chief Brands Officer of WildBrain Labs, which owns Teletubbies explained in a press release: “Although TubbyCoin is not really a cryptocurrency, our hope is that you’ll still enjoy sharing TubbyCoins with friends, family and anyone who needs a hug.” WildBrain said it would donate $1 for every #TubbyCoin shared on social media, up to $10,000. 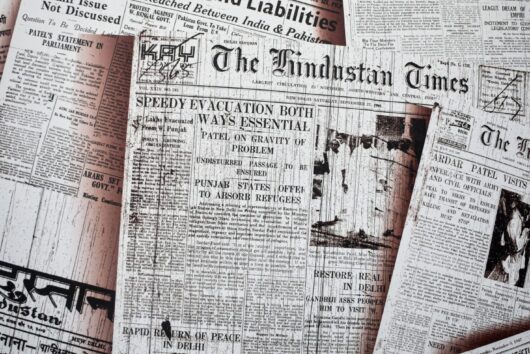