At Luno we’re gearing up for another very exciting year in the world of cryptocurrency.

Looking back, it’s easy to forget how much has happened in such a short space of time, both as a company and an industry. Since 2017, we’ve seen cryptocurrency prices peak, fall, and stabilise. We witnessed, even in a flat or declining market, thousands of people buying cryptocurrency, for the first time, every day. While, to us, the price is not important in achieving our long-term vision of upgrading the world to a better financial system, the reality is that it does tend to bring in more newcomers faster. This is a strong testament to people becoming educated on the real long-term value of cryptocurrency.

Rome wasn’t built in a day

One big challenge we believe the industry still faces is that of instant gratification.

Everyone wants cryptocurrency to be the same or better than the existing financial system overnight:

All of this (and more), all right now.

The reality is that the existing financial system was built over hundreds – if not thousands – of years and we’re not going to build a new financial infrastructure overnight.

While we believe that cryptocurrency will one day be all of these things (and more), we need to be patient and take it one step at a time. The stakes are high and it would be irresponsible and potentially outright dangerous to rush things.

The good news is that there are very clear data points across all key areas, whether it be price, security, scaling, regulatory acceptance, press coverage and so on moving in the right direction.

We see it every day: Innovation happens slower than early adopters hope, but faster than skeptics believe. Either way, it’s important to take a long-term view of the market and we believe that this means a major transition in the way the world thinks about and uses money in the next 5-10 years.

Keeping up with growth

‘Growth’ can either be tumorous or progressive. As we deal with industry volatility, at Luno we strive for sustainable, scalable progress. We’ve kept up with the pace of growth throughout 2018 by bringing onboard a whole bunch of talented and ambitious new starters from some of the most well-known companies around the world.

The team has more than tripled from 57 to 192, and we expect to double the team (at the very least) again in 2019, so have a look at our Careers page if you’re interested in joining our rocket ship for this journey of a lifetime. We also opened amazing new offices in London and Johannesburg, expanded our offices in Singapore, Cape Town, Jakarta, Kuala Lumpur, and Lagos, and now operate across over 40 countries in Europe, Southeast Asia, and Africa.

We processed billions of dollars of transactions and added over a million new wallets. We’ve also continued to ship a number of product and support improvements and we will continue to invest very heavily in better customer service and product experience in 2019, in addition to some exciting new product features and country launches.

Despite talks of a ‘crypto winter’, which tend to be fixated on the price, we’re gearing up for an exciting year ahead.

Some of the positive things we’re looking forward to this year:

More regulators around the world are providing clarity for cryptocurrency companies to operate either within existing frameworks, or with new licenses. This will help increase trust, weed out most (if not all) of the bad actors, and form the foundation for large-scale institutional money to come into the crypto ecosystem.

The media has been a double-edged sword for cryptocurrency, as it really helped push mainstream awareness initially, but often in quite a negative way. Clickbaity headlines like ‘Bitcoin is Dead’, ‘Bitcoin used for Drugs’, and ‘Bitcoin Hacked’ didn’t do the industry any favours. While we’re always up for a good debate – and there are certainly some very legitimate risks around cryptocurrencies – the negativity was often exaggerated, not based on facts, or simply based on very little understanding of the sector.

We’re already seeing this change rapidly as the market (and the media) continue to become more educated. We are also contributing by investing heavily into our Luno Learning Portal, which helps the public, the media, and other stakeholders educate themselves about the facts, opportunities, and risks in the cryptocurrency market.

Visibility around illicit activity is a subtle but an important point. With cryptocurrency, the bar has been set psychologically a lot higher by regulators, banks and the media – in many cases at a zero risk tolerance level.

We see 2019 as a critical point where this sentiment will shift from a ‘risk elimination’ to a ‘risk mitigation’ mentality, which will have a big knock-on effect for the industry’s growth prospects.

‘Blockchain’ no longer the new black

Another major trend for 2019 will be the mass-abandoning of ‘blockchain’ and ICO projects, with attention and money shifting back to decentralised cryptocurrencies.

Data shows that ICOs are pretty much dead and we expect the focus to shift to the best use case of crypto (right now): decentralised cryptocurrencies. This is unless there is some new crypto snake-oil trend, but in our view, there can only be so many until the truth prevails.

While we don’t believe we’ll see mass institutional adoption in 2019, we do believe that there will be some early movers like Fidelity, and BAKKT (who, interestingly, also attracted investment from our own lead Series A investor, Naspers) that will get the momentum started. We do, however, see smaller fintech and other tech companies entering the space via partnerships with existing cryptocurrency companies like Luno. As one of the early market leaders in the B2B cryptocurrency space, we have launched our Luno for Business team in London to help connect all of these businesses and their customers to cryptocurrency.

This year will also see much better education around the cryptocurrency market. This will be helped by the press, cryptocurrency companies themselves, and existing financial institutions that are not ready to launch cryptocurrency projects yet, but are dipping their toes in the water to test interest from their customers.

One of the cryptocurrency industry’s gravest mistakes was to assume Joe Public would understand all the ‘decentralised-this-and-mining-that’. This flew under the radar when the price was skyrocketing and people didn’t care much about what it all meant, but in 2019 real education will become a key driver of growth (as it should have been from the start).

It’s all about scale

This year will see cryptocurrencies like Bitcoin, in particular, build on some of the huge progress we saw in 2018 to scale even better in speed, cost, and security. Luno was one of the first major cryptocurrency companies to support Segwit, we’ve built some internal scaling tools such as Moonbeam, and we’re very excited about large-scale ones like Lightning. We believe the scaling trend will continue and slowly help start unlocking more value to the overall network and industry.

There is no silver bullet

The much anticipated ‘real use cases’ of cryptocurrency will start showing some skin in 2019. This is driven to a large extent by the amount of infrastructure that was built by major cryptocurrency players across the world in 2018, as well as addressing many of the scaling issues of the past.

Don’t expect miracles or ‘killer apps’ – we know by now that cryptocurrency itself is already the ‘killer app’. But, what we will see is more implementation of use cases that are used in niche products, services and communities, in particular where they demonstrate things that cryptocurrency does that the existing financial system cannot do at all (for example, immutability, traceability and so on) and in countries that don’t have a highly developed or competitive financial infrastructure, in particular emerging markets. At Luno we also have a newly created team based in London, supported by our teams on the ground in Africa, Southeast Asia and the broader Europe, that is solely focused on this, with some exciting announcements coming soon.

There’s still work to be done

Lastly, we will still continue to see many challenges to cryptocurrency growth and adoption this year. While regulatory views will be positive overall, we still expect to see some countries take longer to align their views with a negative impact on those markets, as we saw in India late last year. Banks, which are essentially the de facto regulators of the industry right now, will continue to work only with select cryptocurrency companies, which dampens competition and growth.

As we kick off 2019, I would also like to thank our millions of loyal customers for all their support over the past year. We have been challenged and learned a tremendous amount and we acknowledge there have been times where we could certainly do better. We take all the feedback and frustrations onboard and we’re investing heavily to create the safest and most user-friendly cryptocurrency product in the world.

The good news is that we’ve managed to build an exceptionally strong, talented and passionate team who work hard to deliver on all our promises and vision to you. We all come to work every day excited and energised to build better products and services for you, and Luno wouldn’t be here without your continued support. We all appreciate it very, very much.

Keep reading our blog for exciting announcements over the next few months and in the meantime: to the moon for 2019! 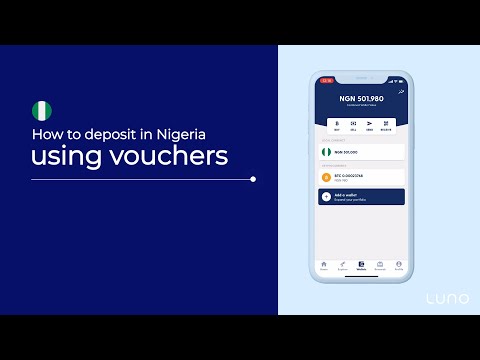 Luno's statement on the recent circular from the Central Bank of Nigeria. November 15, 2021 · 5 minute read Cryptocurrency has the potential to be one of the most important innovations in the history of money. January 13, 2015 · 2 minute read We've joined forces with intelligence company IntoTheBlock to bring you, our traders, a host of new indicators equipping you with all the tools and information you need to make the smartest trading decisions. October 22, 2020 · 2 minute read