Well, that was quite a week. Bitcoin has risen! The leading cryptocurrency began its surge on Wednesday, and at time of writing, the Bitcoin price sits at around $8777 – almost wiping out its coronavirus crash losses. Bitcoin is now the best-performing asset in 2020, racking up 22.4% gains since the start of the year – outperforming the US S&P 500 index, as well as most other major markets.

But that’s not all that happened! Obviously when the price jumps like this, everyone wants to talk about crypto. Make yourself sound ‘in the know’ during this weekend’s Zoom calls by quoting the latest headlines – we’ve broken down a few for you below. And if you’re entirely new to crypto, check out some of our other blogs and learning portal too. You’ll have fun, we promise.

Here we go. Buckle up.

The saga that has been Messaging app giant Telegram’s attempt to launch the Telegram Open Network (TON) continues. The blockchain project received a record $1.7 billion in investment during a token sale way back in 2018 but has since been hit by a number of delays. The company was scheduled to launch TON on 30 April but has now taken the decision to postpone the big launch another year to April 30, 2021.

In a letter to investors on Wednesday (posted by a Russian forum), Telegram blames the delay on a “recent U.S. district court decision” preventing the company from launching its blockchain or issuing gram tokens until its case with the US Securities and Exchange Commission (SEC) is resolved.

The letter also revealed that the delay triggered a costly clawback clause in its agreement with token-sale investors. Telegram has offered to return up to 72% of each investor’s stake, as per terms agreed upon when Telegram first postponed TON’s launch in October. However, the letter also presents an alternative offer: “As a token of gratitude for your trust in TON, we are also offering you an alternative option to receive 110% of your original investment by April 30, 2021, which is 53% higher than the Termination Amount.”

The report was accompanied by the 244-page “Redesigning Trust: Blockchain Deployment Toolkit” – a guide for companies and governments looking to implement blockchain in the supply chain. It provides checklists, guided questions, explainers and risk assessments addressing tax concerns and data privacy; forming a consortium, its ecosystem and governance; public vs. private chains; cybersecurity; interoperability; and digital identity, among other concerns.

“The blockchain deployment toolkit is essential for designing solutions that work for a multitude of actors, including smaller players who may not have access to the resources required to unlock the value of blockchain technology,” said Nadia Hewett, the blockchain and digital currency project at WEF USA.

Tencent has launched a new blockchain accelerator. The Tencent Industrial Accelerator will see the Chinese tech giant mentor 30 companies developing blockchain-based technologies and services. Anyone can apply, though a project must have already completed at least one round of funding to be eligible. The program has already started taking applications, according to the company’s website. Interested projects have until 6 June to apply.

Tencent said that selected projects will receive a number of benefits. These include four mentoring meetings per year, the opportunity to learn about the industry overseas, and a valuable new network of industry peers. They will also gain one year of free access to Tencent’s blockchain-as-a-service platform. The cost of the program is 100,000 RMB (about $14,120) per person.

The seven-day moving average of the number of addresses holding 10,000 Bitcoins or more hit 111 on Wednesday – the highest it’s been since 2 August, 2019, according to blockchain intelligence firm Glassnode.

The number of so-called whales has now risen by more than 11% since early March, which some commentators are ascribing to increased awareness of its role as a potential diversification vehicle for traditional portfolios. Equally, however, the rise in the number of unique addresses could also be meaningless, as a single investor can hold multiple addresses. Cryptocurrency was among the most searched topics on the internet in 2021, according to Google’s annual Year in Search report. December 10, 2021 · 1 minute read 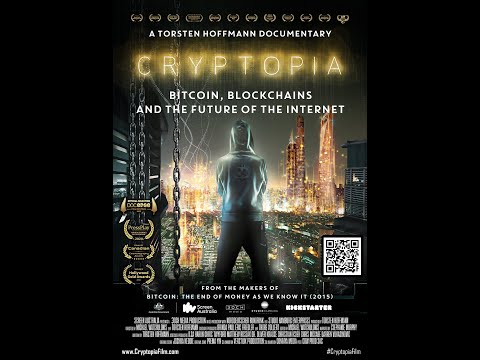 Catch the latest headlines from the weekend ahead of the long-anticipated Bitcoin halving event. May 11, 2020 · 5 minute read Our retrospective on everything that happened in Bitcoin over the last 24 hours. October 8, 2020 · 3 minute read