The week in review: PayPal to support direct Bitcoin transactions?

The crypto media mill has chugged its way through another week of intrepid reporting, wild speculation, and bizarre anecdotes. We’ve shuffled through it all and sieved out the nonsensical and the boring. Here’s what’s left – real, raw and authentic headlines to get your juices flowing. Good times.

Buy and sell crypto with PayPal and Venmo?

Are fintech giants PayPal and Venmo planning to roll out direct sales of cryptocurrency to their users? According to CoinDesk’s three sources – who are apparently ‘close to the matter’ – this may soon be a reality.

Currently, you can use PayPal to withdraw funds from certain exchanges. A ‘well-placed industry source’ told CoinDesk: “My understanding is that they are going to allow buys and sells of crypto directly from PayPal and Venmo. They are going to have some sort of a built-in wallet functionality so you can store it there.”

A second source confirmed that PayPal is looking to offer buying and selling of crypto and added the service could be ready “in the next three months, maybe sooner.” PayPal declined to comment on the plans.

In a more tangible boost to the speculation, PayPal is also hiring crypto and blockchain experts. They’re currently looking for a “Technical Lead – Crypto Engineer.” The listing describes that this person will be responsible for “new initiatives for PayPal global with a focus on agility, time-to-market and innovation. The role includes designing, developing and maintaining key crypto products/features targeted towards availability, performance and scalability of PayPal services.”

According to statista.com, Paypal has over 300 million accounts, and Venmo facilitated over $30 billion in payments last quarter. If these sources are right, this could be huge news for Bitcoin adoption.

A recent research paper from the US Federal Reserve has found that a “Basket-backed” stablecoins could contribute to a “substantial increase” in consumer well-being under certain circumstances.

The Fed’s paper, written by economists Garth Baughman and Jean Flemming, ran economic models to test a hypothetical basket-backed stablecoin – not all that dissimilar to Libra. They discovered that, while the digital currency may not outperform its component fiat currencies in popularity, if enough sellers accept it as payment, it would have a high level of “spendability”. This could boost trade and even improve consumer welfare.

Their findings did come with a major caveat, however. Baughman and Flemming concluded that overall demand for the stablecoin would likely be minimal. This would make it it almost impossible for the basket-backed stablecoin to become an internationally dominant currency.

Bitcoin to be made available for purchase at 20,000 US major retail locations

In a 22 June announcement on LibertyX’s Twitter account, the firm said this will be available in “20,000 retail locations around the U.S., including major convenience store and pharmacy chains, such as 7-Eleven, CVS Pharmacy®, and Rite Aid.”

Chris Yim, co-founder & CEO of LibertyX, said: “Bitcoin is one of the most exciting innovations over the last decade, but adoption has been limited by trust and accessibility. We wanted to expand our footprint so anyone can buy bitcoin at familiar locations they drive or walk by daily. Now, everyone is only a few miles away from owning bitcoin and becoming part of its global community. Buying bitcoin is as easy as scanning a barcode while shopping for groceries.”

Bitcoin.com.au has struck a deal with Australia Post to allow Australian residents to purchase Bitcoin at its 3,500 national post offices. Each branch member will accept EFTPOS payments and Australian dollars for crypto-asset purchases bought from Bitcoin.com.au and the Post Billpay service.

Purchases will be facilitated by Bitcoin.com.au. Holger Arians, CEO of Bitcoin.com.au said during the announcement: “This is a major milestone for digital currency in Australia and around the world. It proves that there are established businesses and organisations that want to learn about new technologies by doing, and not by blocking.”

Bitcoin.com.au is already working with 1,500 retail stores in the country. 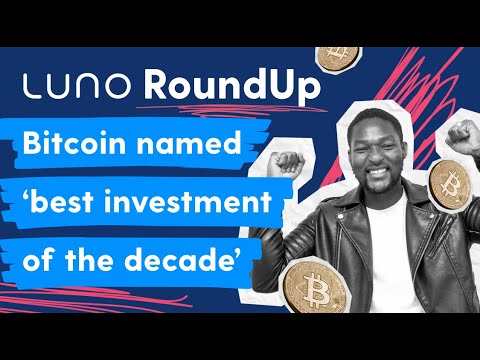 Our acclaimed crypto news roundup series is back! Tune in to find out everything that's been going on across the world of crypto while we've been away. January 9, 2020 · 1 minute read