Although the coronavirus pandemic continues, many aspects of normal life continue as normal. This weekend saw a series of lawsuits against crypto companies in NYC, an update from the Bank for International Settlements (BIS) on Central Bank Digital Currencies in light of COVID-19, and an intriguing new look at Satoshi Nakamoto’s identity. Don’t forget to wish your neighbour a “happy Monday” by shouting loudly to them over your wall.

Seven crypto companies have been targeted by 11 class-action lawsuits, which were filed in a New York federal court last Friday, 3 April. They were filed by Roche Freedman, the same law firm representing the estate of the late Dave Kleiman in the ongoing dispute with self-proclaimed Satoshi Nakamoto, Crag Wright.

So, what’s the beef? The lawsuit alleges numerous exchanges have sold unlicensed securities without broker-dealer licensing and engaged in market manipulation. The plaintiffs have also argued many token issuers selectively withheld information from investors to ensure it would not be apparent the tokens comprised securities until well after the token sale.

Disruptions to the judicial system as a result of COVID-19 are sure to have an impact on proceedings, coupled with the fact several non-US-defendants will need to be served via the Hague Convention due to being outside of the United States.

What jurisdiction does the court hold against parties based outside of the US? Will US residents become increasingly excluded from exchange platforms? Only time will tell. Let us know on Twitter what you think.

Another case for CBDCs? BIS notes shift in payment habits

The Bank of International Settlements (BIS) has reported unprecedented concerns about viral transmission via cash as a result of the COVID-19 pandemic. Despite the fact “scientists note that the probability of transmission via banknotes is low when compared with other frequently-touched objects,” central banks have taken steps to sterilise paper currency to alleviate fears.

The bulletin highlights concerns over the possible facilitation of a “payment divide” linked to central bank digital currencies (CBDCs): “A realistic assessment of the risks of transmission through cash is particularly important because there could be distributional consequences of any move away from cash. If cash is not generally accepted as a means of payment, this could open a ‘payments divide’ between those with access to digital payments and those without. This in turn could have an especially severe impact on unbanked and older consumers.”

It’s important to understand where we’re at with CBDCs; at the moment the concept exists largely in the research and experimentation phase, with some countries exerting more time, money and effort into them than others.

“In the context of the current crisis,” continues BIS’s bulletin, “CBDC would in particular have to be designed allowing for access options for the unbanked and (contract-free) technical interfaces suitable for the whole population. The pandemic may hence put calls for CBDCs into sharper focus, highlighting the value of having access to diverse means of payments, and the need for any means of payments to be resilient against a broad range of threats.”

In an interview with crypto news site U.Today Charles Hoskinson, CEO of IOHK and co-founder of Ethereum, has suggested a new method that could be used to work out who an author is based on their writing style. He claims the method, “stylometry”, could be applied to unveil the true identity of Bitcoin’s alleged creator, Satoshi Nakamoto.

As long as the code was written entirely by Nakamoto, Hoskins elaborates, “you can apply stylometric techniques to that code and apply it to all the open-source projects that have ever been written and there’s a very high probability that you’re going to find a match between that code and other code.”

Hoskinson has uncovered a variety of intricacies that could narrow down the search. He notes that it’s likely Nakamoto is in his fifties or sixties and was educated in the late eighties or early nineties. Hoskinson also says it’s likely Nakamoto was an academic rather than a professional engineer since the code is “overly academic”. Supposedly a professional coder would have performed a cleaner job. He adds finally that Bitcoin was written in an uncommon programming language, which “was used mostly in computer science pedagogy, especially in England and in the Eastern United States during that time period.” He surmises that information alone “gives you a lot of indication of where that person was trained.”

More importantly, Hoskinson raises the age-old question of whether or not it really matters who Satoshi is or not. “Bitcoin has operated just fine since 2012. It’s been eight years now and we haven’t had any issues. So why do we need to bring the founder back?” He expresses that the prestige behind who he is isn’t necessarily beneficial to the future of blockchain. “It’s almost like you’re the Pope and you speak for God, right? You can then use that pulpit to influence people to use your product, like Bitcoin SV for example, or, at the very least, make yourself seem cooler or more interesting.”

Does it matter? And if so, why? Let us know what you think on Twitter.

Grab the popcorn, we’ve got more on the seemingly never-ending Steem-Hive debacle.

Following Steem’s contentious split into two blockchains, which led to the emergence of a new version of the software called Hive, Hive’s token has fared better than Steem’s. Witnesses on Steem have now frozen eight accounts, putting a total of 17.6 million steem (worth approximately $3.2 million) in limbo. The ongoing spat between Steem’s old and new leadership has been a case study on the dangers related to delegated proof-of-stake (DPoS), the consensus model underlying various blockchains, including Steem.

The battle dates back to 14 Feb (ironically Valentines Day for the rest of the world), when Justin Sun’s Tron Foundation announced the acquisition of Steemit, Inc. and its coveted “ninja-mined stake” of roughly 70 million steem tokens.

Wary of how Sun would use the funds, Steem leaders decided to freeze the Steemit Inc. accounts he had then just purchased in a soft fork on 23 February. Sun likened the move to “malicious hackers”.

Dan Notestein, founder of BlockTrades, an exchange that helps keep Steem liquid, is the holder of the second-largest account frozen by Saturday’s soft fork. Notestein says “seems like it’s par for the course for Justin Sun; I’m not really surprised. This is why we don’t hold TRON in the BlockTrades portfolio. I often wonder why anyone invests in it.”

Members of the community have expressed scepticism over Steemit and the Tron Foundation’s statement posted via “steemitblog” claiming neutrality. It seems the witnesses backed by the Tron Foundation signalled for the new soft fork.

The Steem soft fork was announced in a Steemit post early on Saturday morning. The post appeared unsigned from a new account, “softfork22888”, created to announce the development largely based upon the 20 March chain split.

“We are at an extremely difficult time in the history of Steem, and the power of communities are [sic] the key to make Steem great again,” the post reads. The post lists three criteria for accounts that have been temporarily frozen, all relating to the 20 March hard fork. When the new Hive blockchain launched, all Steem accounts were carried over to the new chain. All accounts besides the “ninja-mined” development fund controlled by Sun’s Steemit, Inc.

Softfork22888 writes, “During this process, the previous witnesses threatened the stability of the Steem Blockchain. Additionally, they decided to implement a selective distribution of their forked chain, not only excluding the Steemit, Inc. stake but also from normal users that proxied or voted on Steemit, Inc.’s witnesses.”

Roeland Lanparty ran one of the top Steem witnesses before the Tron Foundation bought Steemit. He recently supported the Hive hard fork and has now had his remaining steem tokens locked up. He said, “The retaliation is pretty unfortunate to say the least. On a personal level, I’m losing my invested funds. On a Steem level, the chain lost its integrity with the blocking of a few Hive witnesses, an exchange and anonymous major stakeholders. On a crypto level, this is just another chapter in the Kindergarten Play book. I can not imagine exchanges not considering delisting Steem.” Steem’s software doesn’t allow for permissionless participation in consensus, as it uses DPoS, only a small subset of nodes govern a blockchain.

These nodes are chosen by users voting their tokens for the nodes they would like to lead the chain. An earlier example from EOS protocol history demonstrated that when the governing nodes froze multiple accounts in order to protect their holdings from hackers, the token holders appreciated the protection but the implications were widely noted throughout the blockchain industry. It only takes a few entities acting together to censor a DPoS blockchain, whether it’s protective or punitive.

Dan Hensley, a previously large holder of steem who now supports Hive said, “I think Steemit Inc.’s ”community witnesses”… are panicking because the price is lower than Hive. So now they are stopping the largest accounts from powering down.” Even if Steem holders wanted to get out entirely with the hard fork to Hive, it’s not possible to do so quickly on Steem. Users “power up” their steem (if staked) so they get a better share of inflation and can then participate in governance. Once staked, it takes 13 weeks to unlock all of a user’s steem, with a portion releasing every week until it’s all out.

It seems the witnesses announcing Softfork22888 are instead attempting to rally remaining Steemit users to their side, asking community members to take a number of actions to support the present witnesses. 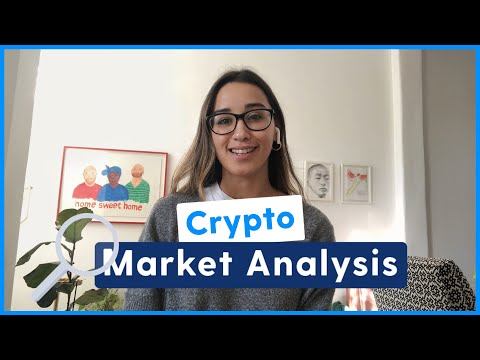 This week's retrospective of all the latest goings-on in the crypto markets, featuring an overview of price movements, a look at the fundamentals, and the impact of other major events that have taken place over the last week. May 20, 2020 · 3 minute read The European Parliament (EU) has rejected a proposal that looked to ban the mining and use of cryptocurrencies that run on the ‘proof-of-work’ method. March 18, 2022 · 3 minute read