It’s a tricky business trying to bundle together the factors that determine the value of something. Investors often look to the inherent value, or the underlying value in a company when deciding which stock to buy, while commodities such as gold and diamonds owe their desirability to their scarcity and the fact that there is not an endless supply of them. These factors generally drive demand, but at the same time demand in itself also contributes to the value of an item, as the more popular something is, the more people want to have it.

The law of supply and demand says that the greater the demand and the smaller the supply there is of something, the higher the price of the item will be, and vice versa.

Between November 2011, when Bitcoin was created, and November 2021, the number of Bitcoin wallet users increased from 0 to 79 million. As the use of Bitcoin continues to surge, so does demand for the currency. Remember, as something becomes more popular, demand for it rises. During 2020 and 2021, institutional investors like investment banks, and even nation states started investing in Bitcoin. Before showing interest in Bitcoin these institutional players generally preferred to park their money in traditional investment vehicles such as bonds, gold or equites on the stock market. This growth in demand from the layperson on the street and institutional investors has led to an unprecedented demand for Bitcoin.

Looking past the actual price value of Bitcoin, what is the underlying value of the leading cryptocurrency? There is a mathematical formula that financial analysts use to calculate the intrinsic value, or underlying value, of a company, and many would argue that this formula can’t be applied to Bitcon as it doesn’t fulfil the criteria of traditional investments, but seeing that intrinsic value boils down to what a company can offer the world, let’s consider how Bitcoin can be of service.

There are many sides to this conversation but one of the fundamental offerings is its potential as an alternative means of payment to the current system we use to transact in our daily lives. In other words, Bitcoin could serve as a viable alternative to the type of money you use to pay taxes and buy things from the supermarket. In many instances, it already is.

This current monetary system, known as the fiat system, is considered by many to be antiquated and out of step with the current pace of technological evolution. For example, sending money continues to be costly and takes a long time to clear, even more so in the case of cross-border transactions. Bitcoin is a peer-to-peer, borderless network, meaning that it removes the need for middle-men such as banks and other financial institutions when sending and receiving money. It means faster and less costly transfers, but it also enables those without bank accounts to send and receive money.

There are various other characteristics of Bitcoin that add to its underlying value, including the potential of blockchain, the framework on which Bitcoin exists.

The law of supply and demand also applies to currencies. The more money there is in circulation, the less that specific currency will be worth. The founder of Bitcoin, Satoshi Nakomoto, specifically wanted to address this issue when he created Bitcoin. He did this by writing into the Bitcoin code an instruction that no new coins will be created when there are 21 million Bitcoin in circulation. This is expected to happen sometime around the year 2140.

This instruction gives Bitcoin a “deflationary” appeal, whereas most other traditional currencies are inflationary, meaning that their value generally decreases over time as more notes are printed and put into circulation. In 2022, around 19 million Bitcoin are in circulation, leaving only two million left to be mined. The leading cryptocurrency will become increasingly scarce in the future. Arguably, this increasing scarcity will increase the value of Bitcoin. 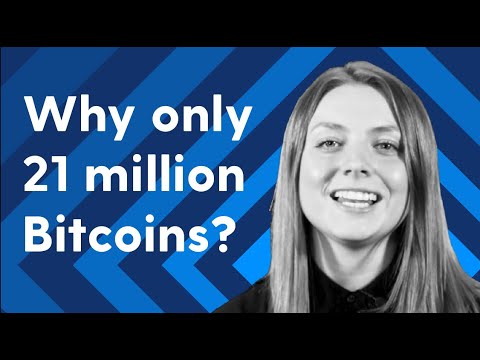