It’s been another hectic year in the cryptosphere. Major players entered the space, new use cases emerged, and fresh challenges were overcome. Best of all though, we welcomed a whole host of new faces to the ever-growing crypto community.

With new faces come new voices. With new voices come new opinions about how the potential of crypto can be realised. The crypto space is a broad church, and consensus is the name of the game. In crypto, more than perhaps anywhere else, your opinion matters.

This is why, throughout the year, we run regular polls on Twitter. We canvas the crypto community on all the biggest issues facing the space, from the latest projects to the biggest misconceptions.

What are the most common Bitcoin misconceptions?

Bitcoin is still in its infancy as a technology and a movement. As a result, there remain many misconceptions around it, some of which unfortunately hold back non-users from taking the plunge.

When we asked you what were the major misconceptions about Bitcoin, we got an array of answers. But there was one hoary old chestnut that just doesn’t want to die, no matter how many times it’s disproved – that Bitcoin is just a tool for criminals.

What’s the most common misconception you hear about #Bitcoin? ?⤵️

The perception of Bitcoin as a ‘rogue’s currency’ is a remnant of its early days, where its association with the dark web dominated the media coverage around its existence. It’s probably also linked to the second misconception in our survey – that Bitcoin is anonymous. However, the truth could not be more different.

Organisations such as Chainalysis have become adept at identifying rogue accounts and unusual transaction activity. Law enforcement too can now trace bad actors far more easily than before. Worse still for your average crook, if you’re caught once, your entire transaction history is available. Cash, conversely, is almost impossible to trace.

Basically, Bitcoin is a terrible choice for carrying out anything illegal. People have always found a way to carry out illegal activities, long before Bitcoin existed. Maybe they always will. Bitcoin now has countless legitimate uses and its use by criminals has shrunk dramatically as education has increased. This education must continue and such misconceptions addressed wherever and whenever they occur.

What do you look for in a crypto project?

The crypto space is not just about Bitcoin – although it remains the benchmark. There are a plethora of cryptocurrencies and crypto projects out there today, all of which prioritise different functionalities and have their own unique selling points.

Each project also has its own community. In your journey through crypto, you may have become involved with one of these projects, attracted by their claims to solve a specific problem.

What features do you look for in a #crypto project?

Comment below with any other features that you consider ⤵️

When we asked which features you most look for, decentralisation came out some way ahead. Decentralisation is a core principle of cryptocurrency and central to the idea that it gives control back to the people. That it is still such a priority suggests that many in the community are purists who still believe in economic freedom as a core principle.

Who is Satoshi and does it matter?

We all know the internet loves a good mystery, so it’s no surprise that the identity of anonymous Bitcoin creator Satoshi Nakamoto has been the subject of much debate. There have been numerous theories, touting everyone from Wikileaks founder Julian Assange to Elon Musk as a potential Nakamoto.

However, we still don’t know the truth. And as time passes, it becomes increasingly unlikely that we ever will. Something the community evidently agrees with.

Do you think the pseudonymous creator of #Bitcoin, Satoshi Nakamoto, will ever reveal himself? ??

The reason for this anonymity is, for obvious reasons, unclear. Nakamoto remains anonymous for either their own sake, or the sake of Bitcoin (or a combination of the two). And you seem to agree that s/he’s taken the right course of action.

Do you think it matters that we don’t know who Satoshi Nakamoto, the pseudonymous creator of #Bitcoin is? ?

If Nakamoto is an individual, remaining anonymous is arguably the best choice for their safety (and sanity). If their identity were to become known, they would face constant scrutiny from the media, the cryptocurrency community, regulators, and so on. They would also become a de facto leader of Bitcoin, which goes against everything cryptocurrency stands for.

The big story in crypto this year was Facebook’s Libra project. But what about its impact on Bitcoin? There were many headlines upon its release decrying that Libra would ‘bring about the death of Bitcoin’. But the community saw things differently.

Do you think @facebook‘s #libracoin ♎️ will help increase #Bitcoin adoption when it launches? ?

The general consensus seems to be that Libra can only be a good thing for Bitcoin. Speaking to Forbes, Clement Thibault, Senior Analyst at global financial markets platform Investing.com, explained that “Libra is the biggest corporate endorsement of cryptocurrencies yet. Libra has the potential to introduce billions of potential users to the idea of value transfer via blockchain. This should therefore benefit Bitcoin as well.”

This is because they are not really competitors. Bitcoin and Libra both offer different value propositions. Bitcoin is more akin to a valuable commodity, like gold—possessing some immediately provides value. Libra, on the other hand, has more in common with a bank note or security. Its value depends on what fiat currency it’s backed by and it can only be used in peer-to-peer transactions if approved by the backers.

In 2020, if Libra is released as expected, we should find out who was right.

Would you get paid in crypto?

In 2019, we saw New Zealand become the first country to legalise payment of employee salaries in crypto.

Would you want the option of being paid in #Crypto?

With demand clearly high, will other countries follow their lead in 2020?

What trait of Bitcoin makes it superior to gold and fiat?

There are many reasons people buy Bitcoin. We’ll be exploring these in greater depth in the new year (keep your eyes peeled for further details, coming soon).

This was one of our more finely balanced surveys, ending in a dead heat. The close nature of the responses just shows the diversity of motivations people have for entering the space.

What trait of #Bitcoin do you think makes it superior to #Gold and #Fiat?

Our results are pretty evenly divided across the board, with scarcity and open source tied at the top and censorship resistance a close second. Why did you get into crypto? Let us know what advantages you believe it holds over gold and fiat.

Should you shill your family Bitcoin this holiday season?

Finally, with the holiday season fast approaching and people across the world settling in for a large dose of family time, we asked the question you need to know: Should you bring up Bitcoin at the dinner table? Obviously the answer is YES, SHILL SHILL SHILL.

Though if the experiences of our community are anything to go by, don’t necessarily expect a glowing reaction. Crypto events to watch out for in March

Who controls your money?

To mark Luno’s launch in the UK, we wanted to get people thinking more critically about the system their money is a part of. August 25, 2020 · 1 minute read 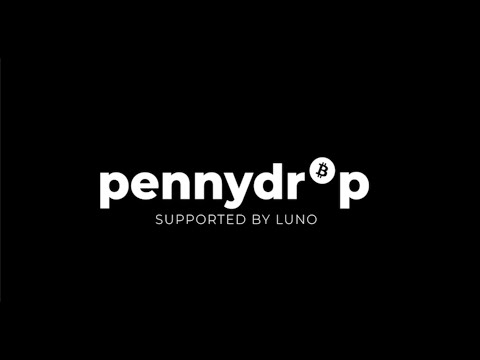