Your weekly crypto roundup is here, looking back over the biggest news stories to hit the presses over the past week. Read it and turn strangers into friends by dazzling them with your crypto knowledge at social events.

Don’t forget, you can also watch our roundup of the last two weeks here, if that’s your thing:

Viva la crypto-monnaie! By early next year, consumers will be able to pay in Bitcoin at more than 25,000 sales points at around 30 major retailers in France. These include sportswear giant Decathlon, Foot Locker, and Maisons Du Monde, among others.

The new cryptocurrency payments system is the result of a partnership between point-of-sale technology provider Global POS, the EasyWallet application, and payments platform Easy2Play. Payments will be made in Bitcoin and funds automatically converted into euros at the point of sale.

Stéphane Djiane, CEO and founder of Global POS, said: “This is an important symbolic step in the evolution of payment methods in France. However, more than a symbol, what we bring to 25,000 outlets is the ability to safely enter the world of Economy 3.0.”

Libra on the up?

It’s been a quiet few months at Facebook’s Libra, with headlines around the project focused primarily on regulatory issues. However, a flurry of headlines over the last week suggests a trickle of momentum building.

On Friday, German outlet Der Spiegel revealed the basket of currencies Libra is to be backed by, including the US Dollar (50%) Euro (18%), Yen (14%), the British Pound (11%), and the Singapore dollar (7%). Notably absent is China’s yuan, which may be a ploy on Facebook’s part to placate any US politicians concerned by the yuan’s increasing strength as a reserve currency.

This might help Mark Zuckerberg convince politicians of the stablecoin’s merits, with his recent attempts to convince Democrat politicians having reportedly fallen on deaf ears.

Not that this seems to be getting Facebook down. The social media giant has also acquired chatbot startup Servicefriend. Facebook is still yet to confirm whether the acquisition was part of its plans for Libra, but several Servicefriend employees – including co-founders Iro Arad and Shahar Ben Ami – have updated their LinkedIn profiles to say they now work in the Calibra digital wallet group. The obvious implication is that they will be providing customer support for its shiny new stablecoin. This suggests that the end goal may not quite be in sight, but they’re definitely planning for it.

Exciting news for auction fans. The UK police have auctioned around GBP 500,000 worth of criminally-seized Bitcoin. Irish auction house Wilsons Auctions set no reserves, and will sell it all to the highest bidder.

The firm is managing the auctions on behalf of UK authorities. Police reportedly seized the stash from a criminal who had illegally sold personal data and provided hacking services in exchange for cryptocurrency. Also included in the auction are Ethereum, Ripple (XRP), and other unnamed tokens.

Lots ranging from 0.25 to 2 BTC will be sold across two days, with higher set amounts for other tokens. Wilsons Auctions has previously sold 315 seized BTC (USD 3.1 million) for Belgium’s government. US police, meanwhile, have been selling confiscated Bitcoin since 2014. The US last year auctioned roughly 3,600 BTC, worth almost USD 30 million at the time.

Should you invest in crypto? Obviously, yes. But if you need a second opinion from the maker of video game classics such as FIFA, Battlefield, and Plants Vs Zombies before you invest in the future of money, you got it!

Yes Electronic Arts! Welcome to the club. Crypto twitter went into meltdown, with many delighted that they were getting in on the act.

Unfortunately, the excitement didn’t last long. The tweet was simply a cunning bit of marketing for their upcoming game, Apex Legends Season 3: Meltdown and its lead character, called Crypto. We’ll forgive you though.

Bakkt’s much-anticipated BTC futures trading finally launched! The platform is the first of its kind to receive approval from United States regulators and is a product of ICE, the operator of the New York Stock Exchange. Initial volumes have been low, but there is optimism that it will increase as time progresses.

Kate Winslet is suing Bitcoin scammers who used her image to trick prospective investors into parting with their cash. The scammers mocked up a fake website to look like a BBC news interview in which Winslet says her latest big money-maker is from investing in a cryptocurrency called “Bitcoin Code.” It isn’t. Full power to Kate, take them down. Remember, stay safe out there – if it sounds too good to be true, it probably is. And if it’s got Kate Winslet’s face on it, it definitely is. 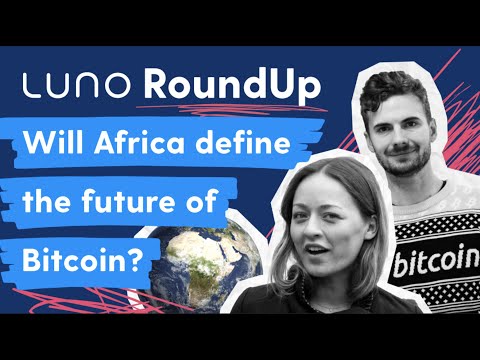