Inspector Bitcoin, at your service: Why crypto is a forensics tool to be reckoned with

Bitcoin has long been pigeonholed by some as a tool for criminal activity. This reputation has faded to an extent in recent years, with the cryptocurrency’s many other more mainstream use cases coming to the fore. However, there are still those out there intent on clinging to the same old stereotypes – including, unfortunately, powerful figures such as US Secretary of Treasury Janet Yellen.

This misinformation isn’t just dangerous because it puts off those new to crypto, it also means potentially missing out on a fundamental benefit of Bitcoin; its use as a tool for catching criminals and tracking illegal activity.

Michael Morell is a former CIA director and 33-year agency veteran. In his recent paper ‘An Analysis of Bitcoin’s Use in Illicit Finance’, he argues that Bitcoin and the blockchain technology it’s built on could be a powerful tool in the fight against crime, but unfortunately not enough out there are using it. He explains: “The blockchain ledger on which Bitcoin transactions are recorded is an underutilized forensic tool that can be used more widely by law enforcement and the intelligence community to identify and disrupt illicit activities.”

The question now is how we got to this point, and whether other security experts can be convinced to listen?

As with all pervading myths, the idea that Bitcoin is widely used by criminals has its basis in truth.

In its early days, Bitcoin was a preferred payment method on a number of well-publicised dark marketplaces, including the notorious Silk Road.

Bitcoin was used in these platforms because it was widely considered to be completely anonymous, allowing criminals to carry out their misdeeds without fear of being traced. Unfortunately for them, this is actually a misnomer — Bitcoin is actually only pseudonymous by design, with your pseudonym being the address to which you receive Bitcoin.

Think of it this way: The blockchain is like a noticeboard in the centre of town. Every transaction made in this town is recorded and kept on the noticeboard and available for all to see. However, instead of your name being next to each of your transactions, it’s your address. Your personal information is kept secret, and it would take a few of the town’s top detectives to find out who you are.

“Second, by using artificial intelligence algorithms developed from patterns of how illicit actors behave in the ecosystem, it can identify previously unknown bad actors. To this end, the blockchain allows law enforcement to adopt a much more sophisticated proactive network strategy to identify illicit activity.”

Read more about how to track criminals with blockchain here

According to Chainalysis’ 2021 report, crypto-based criminal activity fell by 1.76% from 2019 to 2020 to just 0.34% (about $10 billion in transaction volume). Compared to illicit activity conducted using local currency, that’s minuscule. The United Nations indicates that up to 5% of annual global GDP is connected to laundering and criminal behaviour (roughly $4 trillion).

In simple terms, illicit transaction volume is 400 times higher in fiat currency than in crypto. For added context, we could eradicate world hunger 15 times over using the difference alone.

So it seems that criminals at least are increasingly realising that Bitcoin isn’t the right tool. But what about everyone else? Morrell argues the idea that Bitcoin is simply a tool for criminals was driven partially, but still significantly, by the media: “Broad generalizations about the use of Bitcoin in illicit finance are significantly overstated,” he notes.

“Bad news drives perceptions more than good news; in brief, fear makes headlines. A story about a French citizen sending Bitcoin to individuals involved in the insurrection at the U.S. Capitol crowds out stories of the use of blockchain-enabled forensics to solve a crime.

This is something that needs to change if we’re going to make progress. “We need to reevaluate these sorts of stories by recognizing that it was the transparent nature of the blockchain that allowed law enforcement to so quickly identify the trail of illicit payments,” Morrell says, adding that, “such payments made through the traditional financial system might have proven more difficult to trace.”

As Bitcoin grows in popularity and more knowledge increases, its ability to create faster, safer transactions will become more widely known among the masses. Hopefully, journalists will be among them. This all starts with education and the community generally in correcting such myths. Transparency is written into the very code of Bitcoin, and its immutable nature makes it an exciting forensics tool that shouldn’t go to waste.

What’s next for crypto forensics?

Encouragingly, there’s already evidence that Bitcoin is beginning to flex its forensic muscles. In November 2020, the Internal Revenue Service retrieved $1 billion worth of illicit bitcoin, which was operational from 2011 to 2013. The nearly 70,000 coins were seized in a civil forfeiture case with the help of Chainalysis.

Five months prior to the IRS’ landmark $1 billion recovery, Twitter’s network was breached and over 100 high-profile accounts were hacked to promote a scam which asked followers for Bitcoin. It took just two weeks for investigators to identify and arrest the perpetrators, proving that turnaround times for cases can be quick and efficient.

Morrell’s paper also notes, “Awareness of this power is beginning to expand as governments engage with the three major blockchain analytic firms, Chainalysis, CipherTrace, and Elliptic,” each of which has contributed to the seizures and forfeitures of Bitcoin.

So it seems the tide is turning. As education grows it can be hoped that it will turn more so and ensure this valuable crime-fighting tool is used to its full potential. The Crypto Council for Innovation’s work, for example, has already proved important in helping promote education on the topic. Together, they lobby policymakers, perform research projects, and publish papers like Michael Morell’s.

Digital currencies and blockchain have thrust humanity onto a world-changing financial frontier, and it’s Bitcoin’s forensic brawn that takes us one step further, toward a horizon of possibility. Let’s not waste it. When Bitcoin is written and talked about, previous attempts to create digital currencies that made Bitcoin possible are often overlooked. 1 minute read 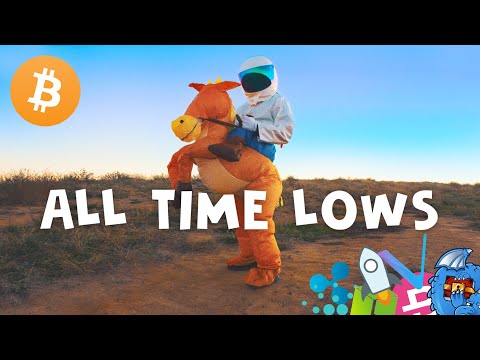