Meet Syamil, ex-law student who found his love of investing through crypto

This testimonial is the real-life experience of a Luno customer. We do not claim that they are typical results that customers will generally achieve. Read more on our Terms of Use and our Testimonial Disclaimer.

When you think back on when you first learnt about stocks and bonds or how money worked, you would probably point to school or your family who inspired you to learn.

Considered by many to be leaning towards the more technically tricky end of the spectrum, crypto might seem like the last place to act as a starting point to enter into the world of investing.

However for one former law student, Syamil, cryptocurrency not only helped him discover his passion for investing but also landed him an entirely different career to the one he trained for.

We have all heard some variation of the adage that waiting to invest until market conditions are favourable can be a difficult position to predict.

For Syamil, this was how his journey began and it took a few heart to hearts with his university friends to make the leap. “I told myself and my friend as well, what if instead of regretting not being able to buy at the best time, we just start now?”

And that’s just what he did. A few weeks of research later, Syamil had found what he refers to as the ‘love of his life’ – Ethereum.

“That was the starting point […] and then I kept on learning, not just the fundamentals of it but the technical and economic aspects too.”

After studying up on the cryptocurrency, the smart contracts that run on it and their potential, he was hooked. “That was the starting point […] and then I kept on learning, not just the fundamentals of it but the technical and economic aspects too,” he added.

Building on this passion, Syamil then sought out well-regarded speakers in the space. Citing Raoul Pal as a major influence, he explained how his perspective on crypto was very formative.

“He gave a really good outlook on the market, and how the economic principles of crypto could make it the next big thing,” he said.

Blockchain made me do it

As Syamil continued his journey of crypto discovery, he began to uncover his passion for finance. Not long after, he became a quantitative investment analyst.

Reflecting on this career u-turn, he explained “Not long after I started having an interest in the investment field as a whole, which was quite weird because I was studying law which is the total opposite. But now I feel like I’m in the right place in terms of my interest and my skills.”

So what held Syamil back from investing in crypto earlier? A combination of skepticism, lack of funds, inexpereience and most importantly education.

“As I grew older, I was at the point where I was comfortable with my risks. And I was looking for bigger opportunities, because before that I was still living with my parents so I didn’t find the need to invest […] It was only in my third year I felt like I’ve got to have a plan. And I saw this opportunity [crypto] in front of me and I took it,” he said.

Once things began to fall into place and after shopping around different apps and stores, Symail found that Luno provided the safest gateway into the decentralised world.

“I would always pick the safer route […] plus it’s [Luno] is regulated in Malaysia, so your funds are safe and you don’t have to worry about them,” he explained.

When asked about where he sees the technology behind crypto going in the future, Syamil’s money was on the metaverse. “I believe social tokens will be a very big thing […] once you start to tokenize culture, the result will be exponential […] it’s a whole new world,” he added.

However, for people to understand the evolving technology, education remains key. But where does the role of the teacher fall in this equation? According to Symail, it ultimately starts with the individual.

“Awareness only comes from within […] no matter how much I try and influence someone, I think it all comes down to your own self. People who believe in crypto will be the ones approaching me asing questions, not the other way around.” 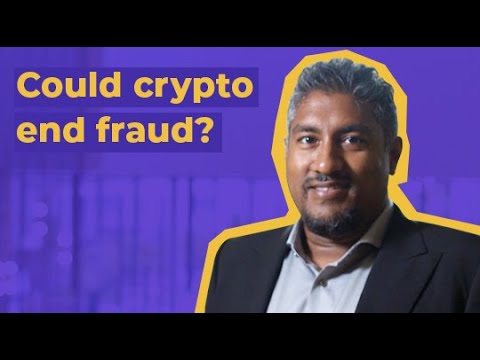 See it to believe it: Real-world applications are bringing people to crypto

We heard from people across all walk's of life during the Pennydrop project. February 26, 2020 · 3 minute read Community

Who controls your money?

To mark Luno’s launch in the UK, we wanted to get people thinking more critically about the system their money is a part of. August 25, 2020 · 1 minute read