It’s been a tumultuous week for the global economy, as fears surrounding coronavirus mount and more new cases emerge. This resulted in the stock market’s worst week since the 2008 financial crisis, with the S&P 500 down 15% since its record high on 19 February, and the Dow seeing its worst weekly decline in history.

At this stage, it’s not known how big the economic backlash will be, but central banks and investors are clearly concerned about its impact on economic growth and corporate earnings. On Tuesday morning, the Federal Reserve cut the federal funds rate by half a percentage point as part of measures to help protect the US economy. Other countries are expected to follow suit.

These measures are welcome, but there are doubts as to how impactful they can be. While a rate cut can seem positive at first, due to increasing consumer and business spending and investment, which in turn, boosts stock prices, it’s not certain whether conventional policy tools can stand firm against something like the coronavirus. Experts now believe that a recession is almost certainly on the cards. Moody’s Analytics Mark Zandi “If you take the most likely scenario and the CDC (Centers for Disease Control and Prevention) is roughly right, then it’s pretty hard to avoid a recession.”

According to Zandi, thinking that this is a ‘here-and-now problem’ that’s easily solved, is dangerous. “The Fed eases monetary policy, and we’re back up and running pretty quickly. I suspect that won’t be the case. The Federal Reserve does not have a lot of room to maneuver… I don’t think the policy is up to the task to really juice up this economy to get it going again quickly.”

His fears are also being echoed in the corridors of major companies such as Apple, Nike, and HSBC, among others, who are all expressing fear that they will not meet quarterly financial targets as a result of halted production or indefinitely closed doors.

In the wake of such economic uncertainty, we’re reminded of Bitcoin’s inception following the 2008 financial crisis. And many are wondering if Bitcoin could be the safe-haven asset to hedge against devaluing fiat currencies and stock markets.

Bitcoin’s release came at a time when governments’ and central banks’ ability to safely store money was facing serious questions. By 2008, US banks were paying the price for years of bad practice – risky loans, subprime mortgages, and outright fraud had consumed the system. In an attempt to prop up the system, the government used taxpayer money to bail out the banks. Incredible customer dissatisfaction followed and people’s faith in the government and banks to adequately perform their functions was shattered.

The timing was almost perfect. With trust in banks at rock bottom, conditions were ripe for an entirely new financial ecosystem that offered an alternative, one that avoided the need to rely on those who had caused such destruction.

The crisis shone a light on the elephant in the room. It caused people to ask, what do banks do with our money? If you think the $1,000 you deposited in your bank account is all there, unfortunately, we’ve got news for you. Banks employ a practice called fractional reserve banking. This means they are only required to keep a small percentage of the actual amount you deposit in your account, allowing them to invest or loan the rest, are okay until everyone decides to draw all the money out of their accounts. While highly unlikely, if it were to happen, banks would collapse due to the inability to liquidate all funds.

One of the biggest reasons people attribute Bitcoin’s inception to the financial crisis is the message that was encrypted in Bitcoin’s genesis block. It read: The Times 03/Jan/2009 Chancellor on brink of second bailout for banks. The message was a reference to then-Chancellor of the Exchequer, Alistair Darling’s preparation of £500Bn rescue package for UK Banks. It was a clear snub toward centralised financial institutions, bank bailouts and other murky fiscal policies. Satoshi Nakamoto, Bitcoin’s pseudonymous creator, instead put forward his idea of a peer-to-peer, decentralised currency that was not reliant on any third party. And while many at the time sought a so-called safe-haven asset during the financial toil, it’s been widely speculated as to whether or not Bitcoin really is the hedge we’ve all been waiting for.

This conversation has been reignited in the wake of the recent economic events as a result of recent events and fears of another recession. These are not new. They rear their head whenever there is a crisis – think Britain’s departure from the EU, mounting trade wars between the US and China, or any other major economies. But is it justified?

Can Bitcoin save us in a recession?

The hallmarks of a financial crisis include asset prices sharply declining, businesses and consumers inability to pay debts, and liquidity shortages experienced by financial institutions. Sound familiar? Currently, many of these and more are being reported across the world.

In the hopes of saving ourselves, it’s easy to look toward alternatives other than our unstable government-issued money and traditional economic markets. But is Bitcoin able to fill these big shoes?

Unfortunately, it may not be the safe-haven asset we hope it could be. Or at least, not yet. Bitcoin has only been around for 11 years and is still volatile, almost entirely driven by supply and demand.

Bitcoin can, however, offer a means to circumvent the impending troubles the ‘deglobalisation’ of our economies will cause. As it’s available to any entity around the world, it’s got inherent global liquidity. Another attractive factor, particularly in these times, is its separation from central banks and government decisions, that could negatively impact individuals in an attempt to save themselves.

It’s important to remember, too, that generally in a recession, people will impulsively stock up on their preferred alternative asset – Bitcoin, for example. When enough people act on this, the Bitcoin price could skyrocket. As most crypto markets are still relatively small compared to equity markets, it’s more likely they’ll respond to smaller trading events. In this way, a handful of independent buyers or sellers could noticeably affect the prices in a short period of time. With this in mind, it’s important to consider whether the market could handle such movements without crashing.

It may be premature to label Bitcoin a recession hedge, but at the same time, it may be premature not to. The most important thing to remember if you’re planning on buying Bitcoin as a safer alternative is to never invest more than you can afford to lose and to make decisions based on thorough research. Ultimately, any investment carries its own set of unique risks. 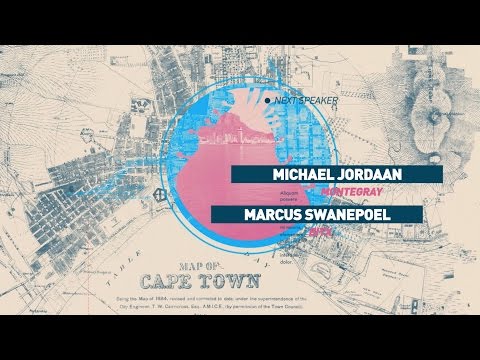 Below is an interview with Michael Jordaan and our CEO, Marcus Swanepoel, conducted by Kieno Kammies at NetProphet 2016. April 22, 2016 · 1 minute read Trending

How to prevent your Bitcoin account from getting hacked

One of Bitcoin’s key features is that transactions are irreversible. October 6, 2016 · 8 minute read