To honour International Women’s Day, we’re spotlighting six influential women in crypto who have made it their mission to cultivate an inclusive space that caters to other women.

When a consulting job offered the option of being paid in bitcoin, Yaliwe’s crypto curiosity was piqued. Realising there was lots of learning to do, she created her own curriculum and started a local Women in Blockchain meetup geared towards discussing opportunities in the space.

Years later, Yaliwe now works as the South African ecosystems lead at CLabs, working on Celo. She also founded Essence Crypto Consultants, is Chairwoman of the United Africa Blockchain Association, and is part of the Ethereum Foundation Devcon Alumni.

One of her projects to look out for is Umoja, a blockchain-based lending platform geared towards empowering women; “The idea came to me due to the fact that a lot of South African women find it hard to meet their monthly expenses and often have to go to loan sharks, and sometimes that can be very dangerous.”

Affectively referred to by her community as the “Bitcoin Lady”, Botswana-born Alakanani found her calling in an unlikely place. When her son became sick and needed hospital treatment, she found bitcoin as a potential fundraising solution to access international donations.

Although her son tragically passed away, Alakanani recognised how crypto education could help to empower her community. As an educator, it was fitting for her to create the Satoshicentre. Dedicated to uplifting those around her, the Satoshicentre trains its members in all things crypto, and focuses on finding blockchain-based solutions for everyday-life problems faced by Africans.

After working with environmental organisations for over 15 years, Connie attended a Bitcoin conference in 2013, back when the bitcoin price hovered around a mere $100. Recognising then the impact Bitcoin could have, she felt the potential fortunes in the making should have an easy way to share the wealth responsibility, and thus founded BitGive.

With the goal of revolutionising global philanthropy, BitGive is the first government recognised Bitcoin nonprofit and has since worked with 31 nonprofit partners, impacting over 57,000 people in 29 countries around the world. Connie continues to advocate for the social impact of Bitcoin and blockchain, pushing for more diversity and equal opportunity within the industry.

On a quest for financial freedom, Ojuederie found solace in crypto. After doing her own research and attending crypto seminars, she learnt how to trade and was able to support herself. In those crypto seminars, she quickly realised how male-dominated the industry is and felt inspired to empower other women to be financially independent, leading her to create Blockchain Africa Ladies (BAL). BAL is a nonprofit educational forum bringing African women together via blockchain education.

She explains, “For me, blockchain is a major key to the financial freedom of African women, and by extension, the development of the African continent. None of these feats would be attained when women are left unempowered. This is of course because no society can truly experience sustainable development when half of its population is marginalised.”

After Elizabeth was introduced to Bitcoin she quickly spotted its resemblance to mobile money which was wildly popular in Kenya, where she lived at the time. Recognising its potential to vastly improve on mobile money’s shortcomings, she set out to harness the power of Bitcoin to meet the needs of millions who relied on the alternative to traditional banking, which was either unavailable or far too expensive.

She founded BitPesa (now AZA Finance) in 2013, and today the company operates in seven African countries, Europe and the UK, all with the goal of helping other businesses grow faster and enter new markets without the cumbersome barriers.

After attending a Miami Bitcoin conference in 2018 where a mere three out of 88 speakers were female, Olayinka and a handful of women took matters into their own hands and created their own community of women in crypto.

Gender disparity aside, the crypto community still lacks representation when it comes to race. She explains, “I started to look around, and I was seeing only a handful of people that look like me. So, I started seeking out other Black women in this space.”

She then founded the Black Women Blockchain Council (BWBC), a nonprofit with the goal of training a talent and economic pipeline of black women pursuing careers in blockchain and fintech. In partnership with Ethereum software company ConsenSys, BWBC is launching an online program later this year to train half a million black women globally to become blockchain developers by 2030. Women in Crypto: Interview with Eléonore Blanc, founder of CryptoCanal

How do you build and nurture a meaningful crypto community? It's no easy feat, but we had the pleasure of sitting down with someone who's doing just that – meet Eléonore Blanc, founder of CryptoCanal. April 1, 2021 · 6 minute read Community

Where to Spend Bitcoin in Malaysia

As a growing number of people become aware of and interested in Bitcoin, we often get asked: So where can I spend my Bitcoin in Malaysia? Do any Malaysian merchants actually accept Bitcoin payments? We’re pleased to announce that Malaysia’s. August 7, 2021 · 1 minute read 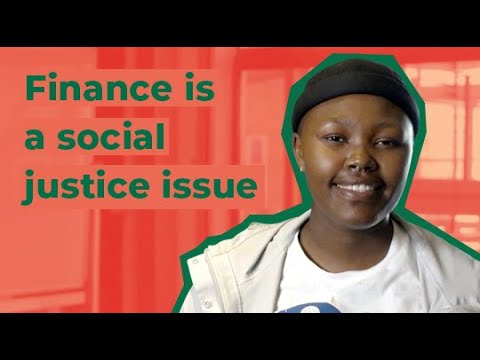 “Where are the women in crypto?”

International Women’s Day sparked a question: "where are the women in crypto?" For a truly inclusive future of finance, we need leaders representing all of society. March 11, 2020 · 5 minute read