Is Facebook’s Libra project finally ready to launch? If today’s news is to be believed, Zucks and co are currently blowing up the balloons ready for a big launch party in the new year. But will it be everything that was originally promised? Elsewhere, Ethereum 2.0 is also set for liftoff, the number of bitcoin whales has hit an all-time high, and more. Get the low-down on this week’s biggest stories ?

Since its inception in 2018, Facebook’s Libra project has faced a number of hurdles and seen several major pivots and different iterations. However, after almost two years, the digital currency project has been reported to be finally set for launch early next year.

There’s a catch though – according to three sources ‘involved in the project’, the launch is more like a limited release, as its offering will be vastly downgraded from its original aspirations.

Back in 2018, Libra touted itself as an internationally-used and accepted coin backed by various fiat currencies and 27 billion-dollar conglomerates. Regulators didn’t like this and took action to stop its development, citing concerns about its implications for monetary stability and terrorist financing. Soon after, many of its corporate partners, including PayPal, Mastercard, and Stripe left the project in the lurch.

The version rumoured to be set for launch in January is more akin to a traditional stablecoin. It’s to be backed on a 1:1 basis with the US dollar, similar to regulated stablecoins like USD Coin and the Gemini Dollar. According to a report published in the FT this morning, additional fiat pegs would be rolled out at a later date should they comply with intensive legal and regulatory rules.

The report added that a number of Libra members, including Spotify and Uber, might onboard the currency as a payment method to their platforms, but would first wait to assess the public’s reaction.

The number of bitcoin whales hit an all-time high yesterday, according to Glassnode data.

The number of #Bitcoin whales (entities holding at least 1,000 $BTC) has reached a new ATH after more than 4 years.

An entity is a cluster of network addresses controlled by the same individual/institution.

According to Glassnode, there are just under 2,000 bitcoin whales at the time of writing. The last time there were so many whales was in June 2016, just one year before 2017’s legendary bull run.

Glassnode defines bitcoin whales as entities that hold at least 1,000 bitcoin. Whales can either be individuals or organisations and may own clusters of wallets. They’re powerful players in the ecosystem because they hold such an enormous amount of bitcoin that their trades can push prices up or down.

Another report from Bitcoin analytics company, Sentiment, found that the number of wallets holding at least 10,000 BTC is also at yearly highs.

The biggest update in Ethereum’s history, the Beacon Chain launch, is set to begin its first phase on 1 December 2020.

The genesis block is now set 🙂

The Beacon Chain can be likened to the backbone of Ethereum 2.0; it’s the interim blockchain set to operate alongside the current network as it begins the first of four migration phases to the network.

All of Ethereum 2.0’s primary implementations have agreed upon the same “genesis state root” of the new blockchain. ETH 2.0 researcher Justin Drake commented: “I would say we are comfortably half-way through the overall effort to make Eth 2 feature complete,” he continued, “The research (which lasted years!) is largely done and the phase 0 genesis is definitely a significant implementation milestone. Phase 0 lays the heavy-duty foundations (signatures, Merkleisation, networking, Eth 1 deposits, randomness, PoS, etc.). Many of the upcoming hard forks will layer relatively thin infrastructure on top of these foundations.”

Commenting on a rough launch date, Drake anticipates Ethereum 2.0 could be “feature ready” by mid-2023, but that any proposed dates should be taken with “a huge grain of salt.”

At the same time, Google searches containing the term “Ethereum” reached its highest levels since February 2018. On 10 December 2017, search volumes hit the 100 level, with 100 being the maximum for a given period. In early 2018, levels were still high, breaking 40 and 50. In the past week, the level reached 33 – the highest volume since the week of 4 February 2018, when it reached 45. The increase is significant as Ethereum approaches the initial phase of its multi-stage launch. The price of ether also peaked this week, reaching $600 before dipping back down to the $500 territory.

If you’re considering day trading crypto on your PayPal account – don’t. One user looking to take advantage of PayPal’s zero crypto fees to day-trade over $10,000 has had his balance placed on a six-month hold.

On a Reddit thread posted on 25 November, Redditor “TheCoolDoc” revealed PayPal had permanently banned his account for day trading. According to the post, PayPal’s system lagged his frequent crypto buying and selling as “item sales”.

PayPal made headlines in October for its foray into the crypto world, albeit with some hefty restrictions. PayPal is now allowing users to utilise crypto as a funding source for online purchases, but users are unable to transfer crypto in their accounts to other accounts on or off PayPal.

With its zero-fee scheme, PayPal is essentially bearing the transaction costs for each crypto purchase and sale. This means TheCoolDoc burdened the platform to cover those transaction costs. Their now-banned account also still has a $462 balance, which is now on a 180-day hold.

Ouch. Lesson learned? Resist any urges to partake in high-frequency trading on a platform that unequivocally disallows it. 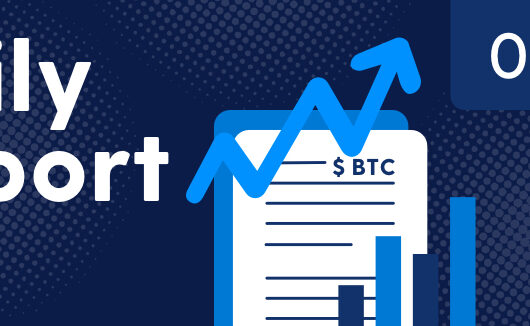 Our retrospective on everything that happened in Bitcoin over the last 24 hours. November 2, 2020 · 3 minute read