Much like an upgrade to your operating system on your smartphone or laptop, Ethereum’s Consensus Layer is a series of upcoming upgrades to Ethereum’s blockchain that aims to improve its speed and capacity for transactions, reduce their cost and increase overall security.

A change in consensus

The Ethereum developers hope to achieve these goals mainly through a complete switch in consensus mechanisms. The change will move the blockchain away from proof of work, the consensus protocol used by Bitcoin, to proof of stake. This move from the old consensus mechanism to the new one will be coordinated by the Beacon Chain, responsible for creating new blocks, making sure those new blocks are valid, and rewarding validators with ether for keeping the network secure.

One of the key features that has made Ethereum such a successful platform and worthy challenger to Bitcoin’s market dominance is the Ethereum Virtual Machine (EVM) that allows smart contracts to be created and used on the network.

To help improve this system and make it easier to use for newcomers to the platform, Ethereum 2.0 will use a new system that replaces the EVM called the Ethereum WebAssembly (ewasm). This system will allow developers creative freedom in writing code to run on the blockchain without the need to learn a native Ethereum-only language.

In terms of security, as each validator has to stake their own currency to be involved, the opportunities to attack the network will become incredibly expensive, reducing the likelihood of such an attack happening.

The cost for transactions, commonly known as gas, on Ethereum’s network are high and can put people off using it. Ethereum 2.0’s upgrade and the switch to a new consensus mechanism will help reduce these fees, reducing the cost of using the network. With this reduction combined with increased speed and security, developers hope to open up the network to a broader range of users.

When will this upgrade arrive?

At the time of writing, Ethereum developers have stated that the upgrade will roll out in three phases, although it is worth noting that the dates below may not be final. Gas is the fuel that allows the Ethereum blockchain to operate. 1 minute read 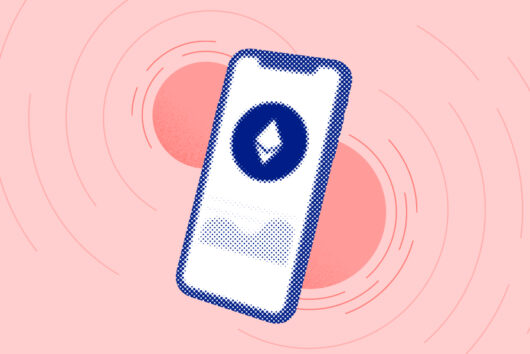 What is a beacon chain?

The Beacon Chain is one of the key upgrades at the heart of the new Consensus Layer and is responsible for managing the new proof of stake blockchain protocol. 1 minute read Ethereum delays Difficulty Bomb for PoW miners so numbers can be "sanity checked" before the full Merge launch in August. June 13, 2022 · 2 minute read