One of the largest, most complex projects currently taking place in the world of cryptocurrencies, Ethereum’s ‘Merge’ is almost upon us, with a launch slated for Q2 of this year.

‘Oh great, yet another complicated concept to figure out’ I hear you collectively groan, but worry not – we here at Luno are here to help clear this mystery up.

But before we can grab our mop and bucket for cleanup duty, it’s probably best to remind ourselves of the key objectives of Ethereum that this merge hopes to achieve.

With this in mind, we’ve prepared the below FAQ thread to help answer all of the burning questions around the merge.

What is Ethereum again?

In 2013, Vitalik Buterin, co-founder of Ethereum published the whitepaper that outlined the core principles of Ethereum entitled ‘A Next-Generation Smart Contract and Decentralised Application Platform’.

In a nutshell, Ethereum is aiming to become the go-to operating system for decentralised computing in the same way that iOS is for traditional computing. However, while Apple would require some form of control and involvement in order for you to access its products, Ethereum is a platform that anyone can use to build digital applications and services that span everything from financial services to gaming without the need for third-party involvement.

Up until recently, Ethereum has relied on a proof-of-work (PoW) consensus protocol to process transactions on its blockchain. However, it was always the intention of its creators for Ethereum to become a far more energy-efficient proof-of-stake (PoS) network. If you imagine the consensus protocol as the beating heart of the blockchain, the next question facing these developers was – how do we improve this heart while it is still beating?

In other words, the team needed to continue working on this eventual upgrade while ensuring that the old version using PoW could still remain in operation. This was achieved through something called the ‘Beacon Chain.’

What is the Merge?

“Merge” refers to a changing of the guard –  deploying Ethereum’s execution layer – the term for the current Ethereum network – to the “consensus layer” of the Beacon chain, the new term for Ethereum’s upcoming proof-of-stake blockchain.

But hold on, what is the Beacon Chain? Glad you asked. The beacon chain is a fully independent network that has a PoS consensus layer. It is running in parallel to Ethereum, where the consensus layer currently is still PoW. By keeping the PoS chain isolated from the main network, the team of developers can continue to work on their update to Ethereum without the risk of affecting what they have already built.

However, the two cannot remain split forever. Once the update is ready to be deployed, it will ‘merge’ and swap out the current PoW consensus protocol with a more energy-efficient, and secure proof-of-stake consensus protocol.

Why is Ethereum switching to Proof of Stake?

The key reasons behind the switch from PoW to PoS can be broken down into two key areas: energy and security.

In its current form, Ethereum relies on the same proof-of-work consensus protocol Bitcoin uses. While reliable and secure, a large amount of energy is required to verify and add new transactions to the blockchain. Participants or miners have to use powerful and energy-intensive computers to solve mathematical problems that increase in complexity with every new block that is added.

In comparison, proof of stake calls for participants to stake their own personal holdings of the cryptocurrency used by the network. In this case, ETH. This allows them to become what is called a ‘validator’ that participates in the network’s consensus protocol. Rather than competing to solve mathematical problems, two-thirds of all active validators must agree that a block of transactions is valid before it can be added to the blockchain.

Unlike PoW, if you want to become a validator on the PoS system, all you need is a single computer capable of interacting and running software related to the Ethereum blockchain. Hardware requirements can increase, but only if you decide to stake more of your currency above the lower limit of 32 ETH.

The security of this new consensus protocol lies in the fact that its participants have skin in the game. Any hackers who would try to gain control of the network in order to reverse a block or tamper with transactions would need a huge number of validators to achieve it. If this were to happen they would lose some of their stake. This means that any attempts would be very costly and this acts as an effective deterrent.

When is the Merge happening?

While there has been no official date given, the best non-official estimate puts the merge taking place sometime in Q2 this year.

If I own any Ether do I need to do anything?

Think of it as putting your car in for its annual service. There may be lots of changes being made to the engine, steering etc. but all you experience is smooth driving once the upgrades or repairs have been made. As such, your ETH will remain untouched by the merge and solely related to the change in consensus protocol and nothing else.

Can I stay on the Proof of Work version of Ethereum after the merge?

No, just like Highlander – there can only be one. The entire network will switch to the new proof of stake consensus protocol and as such when you interact again with the network, it will be an updated version only.

How does proof of stake improve the energy consumption of the Ethereum blockchain?

In PoW, miners are incentivised to compete with each other to solve the mathematical problem as quickly as possible – with the fastest competitor winning the reward. As a result, only the more expensive, powerful machine will win. This means that to be in with a chance of winning, miners must run their computers day and night which as you can imagine uses a lot of energy.

In contrast, PoS validators are randomly selected, removing the competitive element entirely. You need only stake the required 32 ETH for a chance to be chosen and as a result, no amount of added computer power will increase your chances of winning, thus disincentivising the need for more energy-intensive machines.

Currently, the merge is focused on just upgrading the consensus protocol alone. This is unlikely to have a major effect on fees, however future updates on the Ethereum roadmap, such as sharding are directly focused on addressing gas prices.

Are there any risks currently associated with the merge?

With any update of this scale, there are always risks associated. Especially in this case, as the development team is attempting to effectively replace the entire engine of the car while it is still being driven.

However, in anticipation of any failure, there are four unique PoS backups in place. If any participants using the network have issues they can switch to one of these four instead.

To read more about Ethereum and its upgrades, visit our learning resource here. 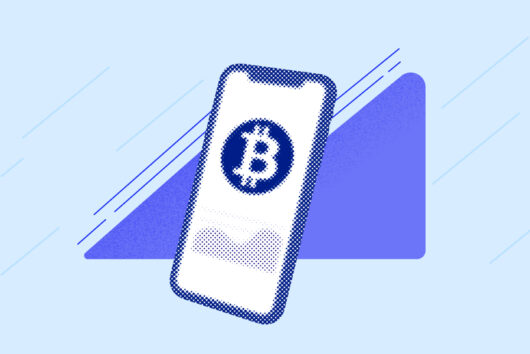 What is the Litecoin halving?