Where’s Satoshi? (And why it doesn’t matter)

Creators and their innovations often go hand in hand. Tesla and Elon Musk, Apple and Steve Jobs, Jeff Bezos and Amazon… but what about Bitcoin — where is its creator? The person (or people) behind Bitcoin have never revealed themselves, preferring to exist under the pseudonym Satoshi Nakamoto. But why, given the prestige and financial gain that would surely come, would they choose to stay in the shadows? And is it a problem that they stay there?

Can the real Satoshi please stand up?

For years, Satoshi Nakamoto has existed only in the crypto community’s imagination. Are they a hermit figure driven by technological progress? Or is Bitcoin’s founder an anti-establishment figure, and the leader of an economic revolution?

There have been many candidates over the years, but none have ever quite stuck. One commonly-stated suspect is British cryptographer and cypherpunk, Adam Back. Back was responsible for the creation of Hashcash, a Bitcoin verification system, and was also the first person Satoshi Nakamoto contacted online, asking about the Hashcash mining process. Suspicious, right?

Hungarian-American, Nick Szabo, is also in the mix as a potential Satoshi Nakamoto. An early Bitcoin developer, he’s a cryptocurrency and smart contracts pioneer. Three years prior to Satoshi’s Bitcoin white paper, Szabo published an article on his blog detailing a concept known as “bit gold”. Although it was never implemented, Szabo’s idea is widely regarded as a crucial part of Bitcoin’s DNA.

In truth though, none of this really matters. Other than to cure our own curiosity, there isn’t a need to know who Bitcoin’s creator is. This is how the digital currency was always intended to be — a decentralised peer-to-peer electronic cash system, without a leader.

Let’s suppose the real Satoshi—not you Craig Wright— did stand up; how would we know they’re legitimate? Although there’s been a flurry of pretenders and false reports of Satoshi Nakamoto over time, none have ticked the fundamental boxes that could confirm them as the real Satoshi.

Should someone, or a group of people, step up and tell the world they’re Satoshi Nakamoto, they’d be in possession of the earliest mined bitcoins. At times, these coins have been worth over a billion dollars in total, and moving at least a portion of them to different addresses would be strong evidence. Johns Hopkins cryptographer Matthew Green describes this method of proof as “show me the money.”

“It would be unmistakable,” says Green. “You’d see big piles of old money moving around. That’s the cryptographic miracle I want to see.”

But the crypto community is discerning, and members like Jerry Brito, Director of Coin Center’s cryptocurrency research group, would need more evidence to be convinced. One of Bitcoin’s design quirks is its first, so-called Genesis Block, which holds bitcoins that are impossible to move. Brito says the keys associated with those blocks can be used to sign a message, but it would take signals from several different blocks to be sufficient:

“If you only have the key to, say, the sixth block, why is that the only key he has? If you’re Satoshi you should be able to sign and also move funds from a lot of the [earlier] blocks.”

Given Satoshi’s abrupt departure from Bitcoin, it’s safe to assume that we won’t receive signals of any kind. Their final days were spent ironing out development issues and handing over source code to the cypherpunks via email. Before leaving, Satoshi made sure to remove their name from the Bitcoin software and its copyright claim — all signs of someone who consciously decided to never be found.

Although interest in Nakamoto’s real identity is understandable, the curious among us shouldn’t lament Bitcoin’s creator remaining anonymous. That’s because decentralisation is core to Bitcoin’s philosophy. Bitcoin doesn’t depend on Satoshi Nakamoto—or any central figurehead—to continue.

Decentralisation is a key part of what makes Bitcoin trustworthy. A decentralised network is spread across thousands of computers around the world, ensuring you have near-permanent access to your bitcoin. If one computer fails, the network can continue to function. There is also far less opportunity for censorship, corruption, and collusion in a decentralised network.

Bitcoin wasn’t designed to keep its creator in a position of authority for the simple reason that it doesn’t need anyone there. Having a figurehead would weaken this message.

Nakamoto may have been responsible for creating Bitcoin and the blockchain, but that doesn’t mean they have the power to control it. Instead, its code is open source, and free for anyone to contribute to. It is said that up to 70% of Nakamoto’s original code has now been rewritten or tossed out completely. Once again, their identity is irrelevant, as Bitcoin is being developed and maintained by over 600 contributors.

Bitcoin transactions are immutable because of its structure and the transparency of its system. It has never been hacked because gaming that structure in such a way as to ‘take control’ is next to impossible. Sure, there can be forks, softer or harder, but it would take a huge effort for somebody to become the ruler of Bitcoin that would cost in the hundreds of billions of dollars. Even Satoshi Nakamoto doesn’t have that much bitcoin.

Will we meet Satoshi?

Transparency, guaranteed trust, and full ownership and control of your money is the sum of a decentralised network, and Satoshi Nakamoto is no exception to the rule. They created Bitcoin to be self-sufficient and self-governed, and their anonymity gives it strength as a new digital asset. After all, gold wasn’t invented by anyone, yet has held its value and been traded for over 3,000 years.

Gold doesn’t need to be advertised, and neither does digital gold. Despite Bitcoin’s creator remaining anonymous, the digital currency still thrives without marketing, and there’s no need for clichéd adverts preaching, “a bespoke financial system designed especially for you,” or “welcome to the future of money.” Bitcoin has proven itself over the years, and its survival is ensured as long as people continue to recognise the benefits it can bring. It doesn’t rely on billboards, sponsored posts on Instagram, or annual conferences for self-promotion, let alone Satoshi Nakamoto giving it a punt.

If we haven’t met Satoshi by now, it’s unlikely we ever will, and that’s a good thing. Bitcoin is decentralisation in motion, and Satoshi never planned for their own involvement beyond its creation. What is a benchmark?

A benchmark is a way to measure how well an investment portfolio has performed in comparison to the wider economy. 1 minute read 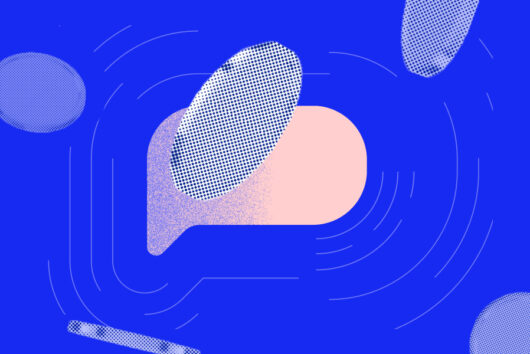